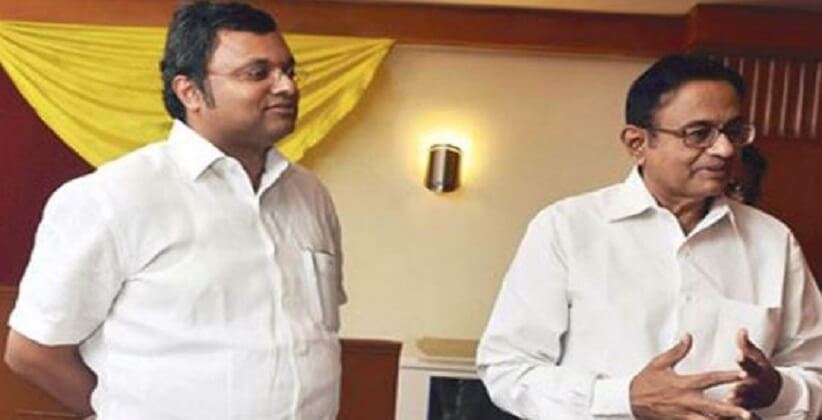 On Thursday (July 19th, 2018) Central Bureau of Investigation filed a supplementary charge sheet against former Finance Minister P. Chidambaram, his son Karti Chidambaram and 16 others including former economic affairs secretary Ashok Jha and then additional secretary of the foreign investment promotion board Ashok Chawala in the Aircel-Maxis deal case.

The agency alleged criminal conspiracy and corruption against them all.

Earlier on Tuesday (July 10th, 2018), a Delhi Court has extended the protection from the arrest that was granted to Chidambaram and his son, Karti Chidambaram, in the Aircel-Maxis money laundering case till August 7.

Mr. Chidambaram on his twitter handle said that the agency had been pressured into filing the charge sheet to “support a preposterous allegation against me and officers with a sterling reputation.” He said he would not make any more public comment.

The charge sheet was filed before Special CBI judge O.P. Saini, who fixed July 31 for considering the matter. As per CBI spokesperson Abhishek Dayal, former finance minister has been charged with the criminal conspiracy, cheating and under a provision of the Prevention of Corruption Act in an “independent charge sheet” in the Aircel-Maxis case if convicted these charges invite a minimum punishment of seven years

CBI has also claimed that the amount was more than ₹3,200 crore.

Mr. Chidambaram and his son Karti Chidambaram have on many occasions proved that the charges were wrong, stating that they were not even named in the FIR, that the CBI/ED charge sheets have already been quashed and the accused persons discharged. The former Minister had said FIPB clearance to the Aircel-Maxis deal was given as per procedure.