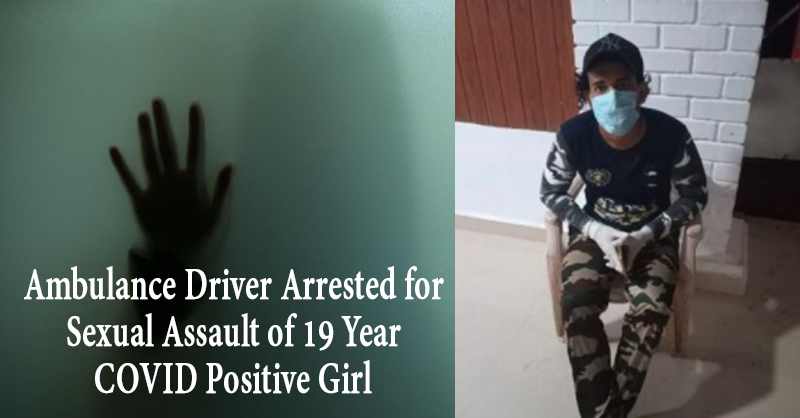 A horrifying incident took place in Aranmula in Kerala’s Pathanamthitta, where a 19-year-old girl who was tested positive for the novel coronavirus was sexually assaulted by an ambulance driver. It is said that on the night of 5th September, two women were taken by the ambulance whereby one was dropped at a hospital and the other patient who had severe symptoms was taken to a lonely deserted area and was sexually assaulted. The driver then dropped her at a COVID-19 care center at midnight.

The police said that the girl was in-home quarantine in her relative’s house. Her test results came out positive on Saturday after which she was taken to the hospital.

After reaching the hospital the girl told the hospital staff about the incident who in turn informed the police.

The accused was arrested within hours of the crime on the basis of a complaint made by the girl and was identified as Noufal. Later, the medical examination confirmed sexual assault.

After his arrest, the police came to know that the Noufal was accused in an attempt to murder case. This has triggered a controversy as to how a person with a criminal history was appointed as an ambulance driver.

"Around 11:30 at night two women were picked up. He assaulted the survivor at a deserted spot and later dropped her at Pandalam hospital. The police caught the accused the same night. This was an unfortunate incident," said Pathanamthitta district police superintendent KG Simon.

In a statement, Kerala Health Minister KK Shailaja said that she has ordered the operational partner of the state health department’s '108 ambulance service' GVK company to dismiss the driver.