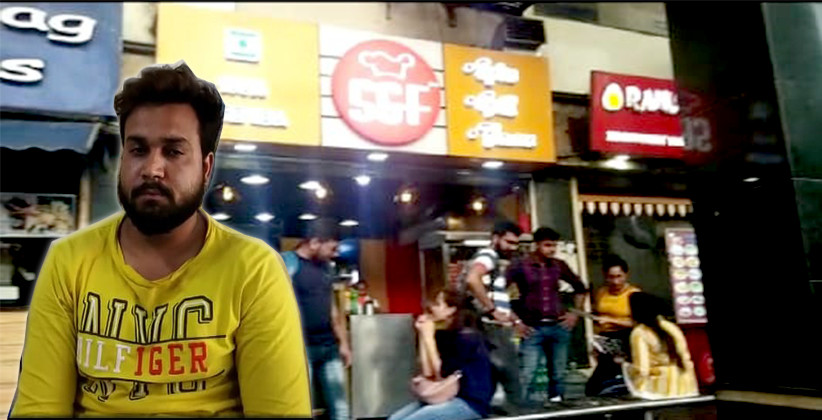 What's happened to the city of Delhi and its habitants with ego too fragile showcasing zero tolerance and losing their cool over petty things more specifically water, food, parking, honking etcetera.

Crime in the city has been on the rise for some time. Hardly a day passes when cases of heinous crime are not heard in the city. Delhi runs on a short fuse and spews frustration over matters too trivial in size and shape.

In a fresh incident when the assailants drove in swanky and chic Audi and SUV Fortuner and shot at a manager of a fast food restaurant in Netaji Subhash Place and walked away comfortably. The manager was rushed to a hospital with a gunshot injury in the leg.

The police swung into action with several teams formed to carry out a probe.

Some people came to this fast food corner in an Audi car and want to place an order for soya chaap, the attendant told them that the time was over and he felt sorry saying that they were going to close the shop then and they could not serve them. This punctured their ego, one of them came out and slapped him, the attendant described his manager the whole scene. The manager Rahul tried to pacify them by holding a dialogue, they hurled abuses at him too, the situation didn't die down on the contrary it aggravated when they called their friends more than a dozen in number. The situation went beyond control, the driver of the Audi car fired 4 to 5 rounds and one bullet hit the manager in the leg. He was admitted to a nearby hospital where his condition is stated to be stable.

The city has become a crime capital with goons walking free on the prowl, flouting laws, they don't hesitate even one bit to take the law into their own hands. The fear of police seems evaporating among the musclemen with high-connect.

Only the innocent and poor suffer and they fear khaki too.

International Aug 26, 2019 Lawstreet News Network 0 Shares
0 Shares
An Indian restaurant in Dublin has been ordered to pay €3,000 (£2,745) by the Workplace Relations Commission (WRC) after it observed that the restaurant owner refused a man service because he was an Indian.The discrimination case was filed by Mayank Bhatnagar before WRC. He told the commission that he had entered Ravi’s Kitchen in July last year, with the intention of having lunch with two colleagues.He claimed he asked the restaurant’s owner, who was...
Read full post