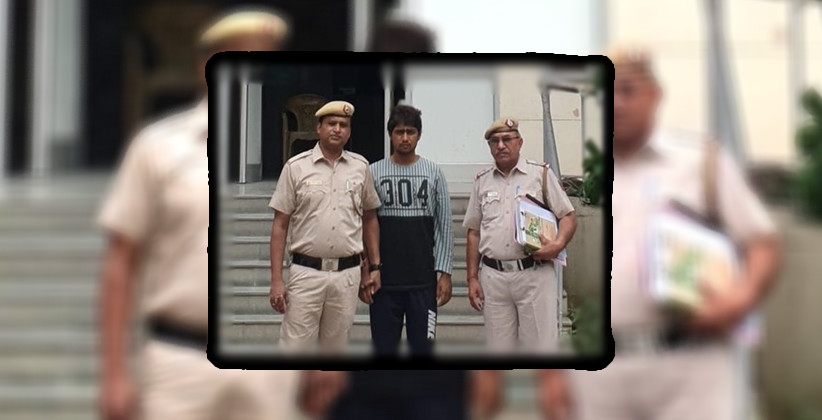 Stay watchful if you are at an ATM booth using your card, there are conmen stalking you, mind!

The police have arrested a man who would cheat ATM users by swapping and swiping the cards, making withdrawals and do online shopping. The police claim to have solved three cases of ATM fraud. One nabbed identified as Esha Khan 28 years would come from Palwal, Haryana to commit the said offences. The police have recovered cash, 2 Samsung Smart Phones and 20 ATM cards.

The staff of PS Okhla Industrial Area, South-East District has arrested this notorious cheat who used to swap ATM cards of victims at ATM booths and withdraw money from victim’s account or shop using that ATM card. The complainant alleged that she went to withdraw cash from an ATM booth at Okhla Industrial Area but the machine wasn’t working properly. She took help from a public person who was standing at the booth but it didn't work. She returned home and received a text message on her mobile regarding a withdrawal of rupees 30,000 from her bank account and transaction worth rupees 42,790 from her account. The police immediately registered the case and investigation initiated.

She contacted her bank and came to know that the said money has been withdrawn using her ATM card and password. On this, the complainant re-checked her ATM card and found that the card which she had was not her rather it had been swapped at the ATM booth by the alleged person.

"The accused is a school dropout, wanted to make a quick buck. He bought two smart Samsung mobile phones for rupees about 43000 using the ATM card from a shop in Sangam Vihar," Chinmoy Biswal DCP SE district said.

The police stepped up with efforts and the results came out on 07.07.19 with the help of surveillance, the police team successfully arrested the accused from Okhla Industrial Area, when he was going to target another victim.

Esha Khan disclosed when interrogated that he used to work as an unskilled labourer. He was addicted to liquor and smoking and wanted to lead a lavish life. In order to earn fast money, he planned to cheat people by swapping their ATM cards and later withdrawing money from their accounts. Khan was earlier arrested in a similar case at PS Sangam Vihar in 2018.

"Esha Khan targeted the industrial area or a low suburb area, where less educated population resides or works. He searched for an ATM booth wherein no guard was on duty and ATM machine was also not working or out of cash etc. Finally, he used to wait for his target near the ATM and once the victim entered the ATM booth, Esha followed the target and cleverly noted the PIN number entered by the victim. The ATM out of commission, no cash was dispensed from the machine. During this process, Esha used to ask the victim to let him try, with no apprehension of any foul play, the victim allowed the accused to use the ATM. The accused very cleverly engaged the victim in talks and diverted his mind and swapped his ATM card with another ATM card and after the failed attempts left the ATM booth," Biswal concluded.

Further investigation of the case is underway.