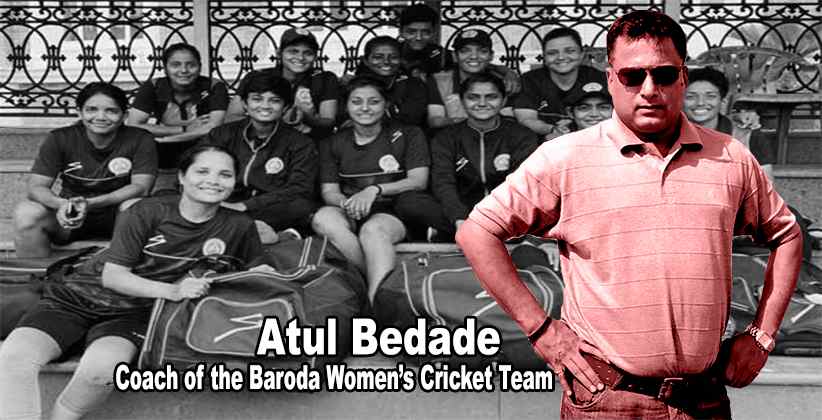 A suspension letter by the BCA issued on Saturday stated that the complaints against Bedade included making “personal comments on physicality to personal menstruation; comments that discourage the morals of the team members; angry outbursts unbecoming of a women’s team coach and using unparliamentary language that is not accepted of a person-in-charge; behaviour oblivious of gender sensitivity.”

The report says that the complaints were filed by members of Baroda’s women team and their families.

In terms of the Sexual Harassment at Workplace (Prevention, Prohibition and Redressal) Act, 2013, sexual harassment is defined as under:

b) A demand or request for sexual favours;

e) Any other unwelcome physical, verbal or non-verbal conduct of sexual nature.

Under the Act, the below five also count as sexual harassment:

a) Implied or explicit promise of preferential treatment in her employment;

b) Implied or explicit threat of detrimental treatment in her employment;

c) Implied or explicit threat about her present or future employment status;

d) Interference with her work or creating an intimidating or offensive work environment for her;

e) Humiliating treatment likely to affect her health or safety.

Furthermore, the Indian Penal Code, 1860 provides for the following provisions dealing with the same:

Section 354 (A): A man committing any physical contact, advances involving unwelcome and explicit sexual overtures; or demanding or requesting sexual favours; or showing pornography against the will of a woman; or making sexually coloured remarks, shall be guilty of the offence of sexual harassment. (Punishment: Rigorous imprisonment for a term which may extend to three years)

Section 209: Obscene acts in any public place, singing obscene songs to the annoyance of others (Punishment: Imprisonment for a term of up to 3 months or fine, or both).

Section 509: Uttering any word or making any gesture intended to insult the modesty of a woman. (You cannot call her “mast".) Punishment: Imprisonment for 1 year, or fine, or both.)

Furthermore, The Indecent Representation of Women (Prohibition) Act (1987) provides that:

If an individual harasses another with books, photographs, paintings, films, pamphlets, packages, etc. containing ‘indecent representation of women’; they are liable for a minimum sentence of two years.

“Yes, he is being suspended with immediate effect pending inquiry by probe committee having one neutral member from outside BCA”.

"It is standard practice (suspension) after you receive a complaint of sexual harassment," a BCA source added.

[COVID-19]: Functioning Of Delhi HC And All Lower Courts Suspended Till April 04; Period Of Suspension Not To Be Counted In Limitation Period [Read Notification]