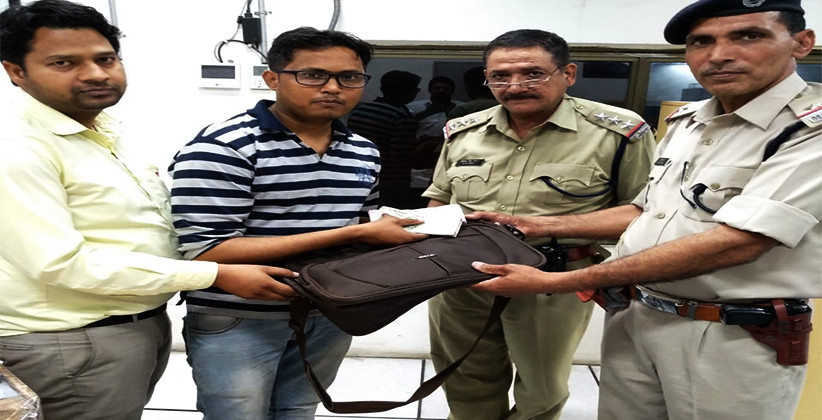 At Delhi's Seelampur Metro Station, the personnel of Central Industrial Security Force (CISF) found a bag with cash rupees one lakh and twenty five thousand (1,25,000) left by a passenger, the bag was restored to its rightful owner later on. It was noticed by ASI Ratan Singh of CISF when he was performing his duty as Shift Incharge at Seelampur Metro Station. When he spotted the bag lying unattended and unclaimed on the output roller of X-BIS machine he flashed the message across. He asked nearby passengers but no one came forward to claim the bag. The bag was checked from security point of view and the CCTV footage was reviewed. Senior Officers of CISF and Station Controller were informed.

After ascertaining that there was nothing dangerous inside the bag, it was opened in the presence of Station Controller. On opening the bag, cash amounting to Rs.1,25,000/- and some documents were found in the bag. The bag along-with cash was deposited with the Station Controller.

A passenger Vishnu age 39 years of East Rohtas Nagar, Shahadra came to the Seelampur Metro Station and enquired about his bag. He was brought to the Station Controller Room and after proper verification, the bag and documents were restored to him. He informed that he inadvertently forgot to collect his bag. He thanked the CISF personnel on getting his bag.