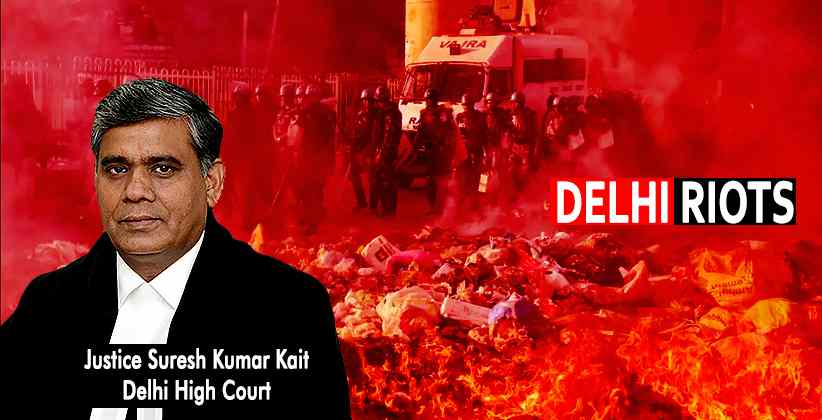 The status report of Delhi Police does not disclose the commission of the offences under the UAPA except the bald statements of witnesses, the court observed.

A Single Judge Bench of Justice Suresh Kumar Kait heard the matter and noted that the onerous conditions under Section 43D (5) of the UAPA would not be applicable in the present case as per the material on record and that the investigating agency status report did not disclose the commission of offences under UAPA, except for bald statements of the witnesses.

In the abovementioned status report, it was claimed that the Crime Branch had received information which stated that the communal riots of February 2020 in Delhi were “pre-planned and the same was hatched by one Umair Khalid, a student of JNU and his associated and that all linked with different groups”.

It was argued that during the course of the investigation, the mobile phones of the arrested accused persons were sent to CERT-IN for analysis. As per the investigations, it has emerged that the present conspiracy was planned and executed by extensively using WhatsApp groups for coordination between the various co-accused and other like-minded persons. It was revealed in the investigation that Mobile No. 9205448022 was highly active. The said number was declared as the official number of “Jamia Coordination Committee” and was active in all Whatsapp Group.

Senior advocate Salman Khurshid, appearing on behalf of the petitioner, submitted that the investigating agency had misapplied and wrongly invoked the UAPA against the present petitioner.

While granting the bail the Court observed, “FIR in the present case was registered on 06.03.2020 and the petitioner was arrested on 29.07.2020. There is no proof on records such as CCTV footage, video, or chats of the petitioner with any of the group except the allegation that he provided SIM on fake ID in December 2019 and taken a small amount of Rs 200/- for the same. It is not the case of the prosecution that he provided many SIMs and continued to do the same. It is also not the case of the prosecution that he was part of any chat-group or part of any group who conspired to commit offence in the present case”.