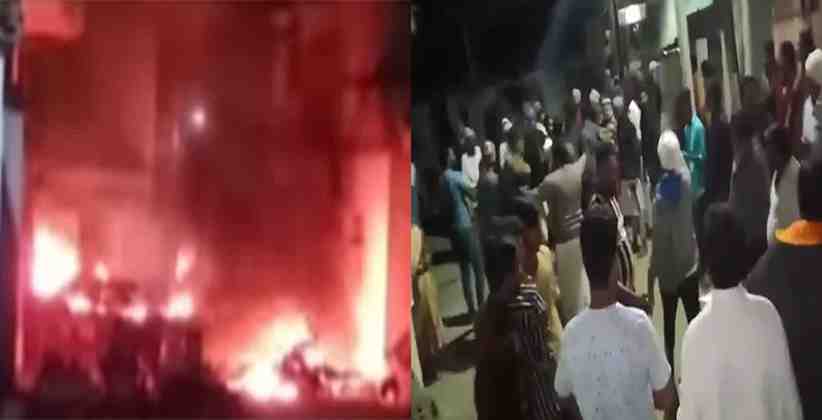 Communal violence has been induced into our country the minute we got independence, so it is not a new threat to the country. Bhainsa terror attack is classified as one of the many communal distortions but there is a complete different angle to this which only one community has the guts to reveal and they are journalists. One such person was Sridharan Siddhu, he reported about the incident of Muslims attacking Hindus and burning houses of Hindus and stated that it was more than communal violence. As a result he was booked under Section 153A of the Indian Penal Code, 1860 (IPC). The Telangana Government filed two FIRs against him on 31 January, 2020.

The story so far is, on January 13, 2020 communal tensions broke out between Hindus and Muslims. As a result 18 house of Hindus were burnt down. “It was a petty issue which led to violence. Some people of a community were making noise by removing silencers from their bike and members of other community took objection. Arguments took place between members of both communities and later it led to stone pelting before some members got indulged into arson,” a senior police officer said. The Telangana Government is, however, of the view that the clash broke out due to personal enmity. Sridharan Siddhu submitted a ground report in which he interviewed Hindu victims' families and posted that video on Facebook. He reported, “On January 12, bullets and petrol bombs were thrown where a Muslim mob with cries of ‘Allah ho Akbar’, ‘Pakistan zindabad’, ‘We will keep your female Gods’, etc. and attacked Hindu houses with weapons.” He even stated that the houses were robbed and the families were asked to vacate the houses within three months.

In his report the journalist reminded the people about the 2008 communal clash where the government came to rescue, but now the Telangana Rashtra Samiti (TRS) Government has failed the people and turned a blind eye to the aghast incidents. “Remember that Hindus are also humans who deserve their Human rights”, Siddhu sighed. In response to the FIRs filed against him by the Telangana Government the journalist released another video stating that he was telling the truth. The Vishwa Hindu Parishad (VHP) criticized that the TRS and All India Majlis-e-Ittehadul Muslimeen (AIMIM) are the reasons for this and they are successful in sidelining this terror attack.

Forget about the blame game and politicizing every issue but the fundamental structure of the country is at threat. The democracy and the rights which are pillars to democracy are shattered and the government instead of punishing the perpetrators is punishing the messenger.