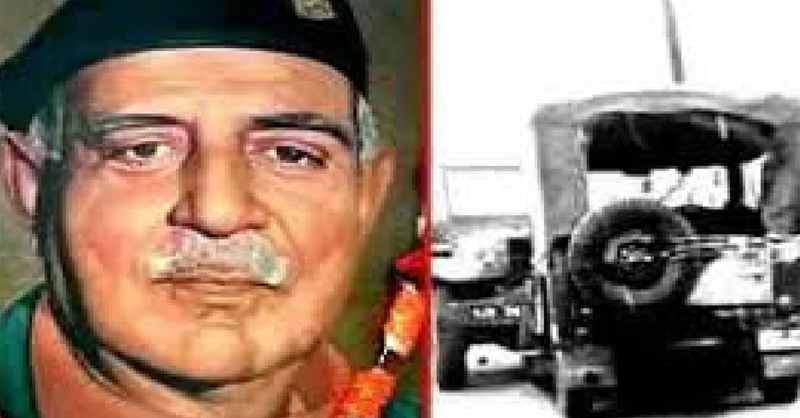 The 82-year-old former Deputy Superintendent of Police (DSP) of Rajasthan Police, Kan Singh Bhati died at a Jaipur hospital on Friday night. He was recently held guilty for the murder of the royal scion of Bharatpur, Raja Man Singh in a staged “encounter” thirty-five years ago and was sentenced to life along with 10 other former policemen.

Mathura District Jail's Senior Superintendent Shailendra Maitrey while confirming the report, told that Kan Singh Bhati was earlier referred to a district hospital in Mathura on September 08th after he complained of gastrointestinal issues. Later, he was referred to S.N. Medical College in Agra from where he was referred to Sawai Man Singh (SMS) hospital in Jaipur where he died on Friday night. A few sources also said that blood clots were found in the MRI conducted at SMS hospital.

Further, he mentioned that before Bhati was referred to the district hospital his Covid-19 test was conducted and it was found to be “negative”. His body will be handed over to his family members after a postmortem in Jaipur, he added.

In February 1985, a royal scion and a seven-time Independent MLA from Deeg (Rajasthan) between 1952 and 1984, Raja Man Singh was shot dead along with two of his supporters in Police firing a day after he crashed his Jeep into then chief minister Shiv Charan Mathur’s helicopter in a fit of anger. Raja Man Singh was the younger brother of the last ruler of Bharatpur, Maharaja Sawai Vrijendra Singh, and son of Maharaja Kishan Singh.

After 35 years of the incident, the Mathura CBI Court Judge Sadhna Rani Thakur in July 2020, finally, sentenced 11 policemen including a former DSP Kana Singh Bhati for life term imprisonment in the fake “encounter” case. The Hon’ble Court held that the policemen, including then DSP Bhati and SHO Veerendra Singh, guilty under sections 302 (murder) and 148 (rioting) of the IPC.

Bhati along with the other co-convicts was taken to the Mathura Central Jail after the verdict.