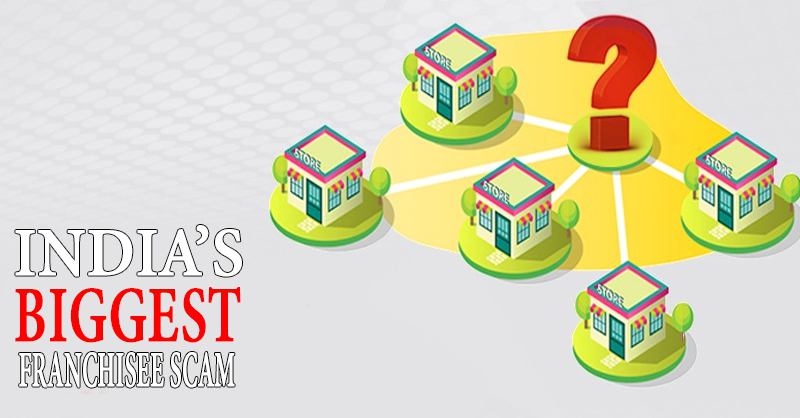 A writ petition has been filed by 38 petitioners “under article 32” seeking an investigation by CBI, ED, and SFIO or a SIT.

It is stated in the petition that on 1st April the petitioners got to know that Westland Trade Pvt. Ltd. is a fake, bogus, and ghost company and with collusion with ROC and Bank Staff, the fraudsters have registered many fake, bogus & ghost companies and brands viz. Hyper Supermarket, Hyper Mart, Big Mart, Super Mart, Louies Salon, Midnight Cafe, Franchisee World, BM Mart, H Mart, and S Mart, etc.

These companies claimed to help individuals to start a business in the retail sector but dishonestly misappropriated and converted petitioners’ hard-earned money into black money and benami properties in violation of the contract.

The petitioners said that until March 2020, apart from store-related operational issues, none of them observed any red flag and that business was normal. Franchisee Owner payments were made on time and stores which were running were doing decent business and company employees were responsive.

But, the issues started on 1st April 2020 and a lot of things started going wrong. Payment of the month of March 2020, which was due in April, was paid in installments after rigorous follow up by each of them with the company. In the month of May, a few of them got an email saying that the company is enforcing the Force Majure clause listed in the agreement and there will be no payments for the month of April-May.

When they raised questions with the sales and operation contact of the company, they guided them to contact one Mr. Arun Modi, who claims to be an Advocate in the Apex Court. When they spoke to Mr. Modi, he started threatening them. By May 2020, petitioners started digging more to understand who was actually running the company, and soon a lot of scary information started coming out. All email IDs started bouncing back. The registered address was locked and there was no one there. The registered Head Office, which is in Noida, hardly had two people working and they had no idea who the owner or mastermind was.

The petitioners claim that the injury is large because, under a well-planned conspiracy, directors, sleeping partners, and employees deceived the petitioners by fraudulently and dishonestly inducing them to deliver their hard-earned money thereby causing injury to not only mind, body and property but also right to life, liberty, dignity, and trade guaranteed “under Article 19 & 21.”

They claimed the investigation of CBI is essential because active directors’ of these fake and bogus companies are a pawn and real criminal conspirators are high profile, powerful politicians. They said, “In such circumstances, only CBI can effectively investigate this gigantic scam which includes bribery, corruption, breaches of central laws, multi-state organized crime, economic crime, and special crimes.”

They gave the reason as to why investigation by ED is essential by stating that because “petitioner’s hard-earned money has been laundered out of the country and also converted into black money and benami properties. It is necessary to State that ED is a specialist economic intelligence agency responsible for enforcing economic laws and fighting economic crime in India.”

They also gave the reason for SFIO that “Petitioners’ hard-earned money has been looted by the fraudsters by creating bogus-ghost companies throughout the country. It is necessary to state that SFIO has experts from the financial sector capital market, accountancy, forensic audit, information technology, company law, taxation law, customs, and investigation.”

The plea in the last states that “Petitioners right to trade and right to life guaranteed “under Article 19 and 21” has been severely infringed. This is the biggest franchisee scam of India that has national and international ramifications. The investigation by CBI, ED, and SFIO is not only necessary for the free fair, and impartial investigation but also to give credibility and instill confidence among petitioners and the public at large. Politicians, ROC, and Bank Staff have to be investigated and CBI, ED, and SFIO would be the best option as these agencies are competent, transparent, and credible investigating agencies.”