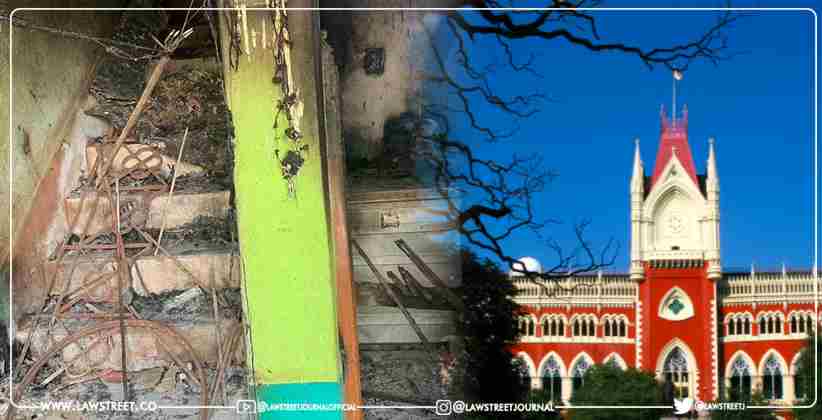 On Friday, the Calcutta High Court transferred the investigation into the violence surrounding the Birbhum district of West Bengal to the Central Bureau of Investigation. Speculations are that 8 persons were allegedly killed in retaliation to the murder of local All India Trinamool Congress (TMC) leader Bhadu Sheikh.

On Wednesday, the Court had initiated a Suo Motu case in the said regard, after hearing extensive submissions from the petitioners as well as the State government.

On Friday, a Bench consisting of Chief Justice Prakash Shrivastava and Justice Rajarshi Bharadwaj observed that in the interest of justice and considering the circumstances of the instant case, the ongoing probe should be transferred to CBI.

The Special Investigation Team constituted by the State which had been carrying on its investigation till now was further ordered to not carry out any further investigation in the matter from the time the same is handed over to CBI.

The Court further ordered, “In view of this order the State police authorities or SIT formed by the State will not carry out any further investigation in the matter from the time the same is handed over to CBI. CBI will not only be handed over the case papers but also the accused and suspects who were arrested in the matter and in custody.”

A progress report is to be submitted by the CBI on the next date of hearing which shall take place in 7th April.

It was clarified by the Court that any factual observation made in the order is only tentative for the purpose of deciding the issue of transfer of investigation to the CBI and will not be treated as binding in any other proceeding.

Followed by the pronouncement of the verdict, the Advocate General S.N Mookherjee prayed for the stay of the order. But the request was declined by the Court.

The Court declared that the ‘undisputed shocking incident' has shaken the conscience of the society and that it has nationwide ramifications.

The Court remarked, “We find that the undisputed shocking incident of burning of at least 8

persons including a child and as many as 6 women has shaken the conscience of the society.

of this unfortunate incident."

On the last date of hearing, the Court had taken on record the case diary or report about the investigation into the violence. The Advocate General had informed the Court on Thursday that pursuant to the Court's earlier directions, 31 CCTV cameras have been installed in the scene of the crime and various confidence building measures have also been undertaken. The Court was further apprised that witness protection has also been extended.

Earlier, the Court had directed the Central Forensic Science Laboratory at Delhi to visit the scene of the crime and collect necessary evidence for forensic examination without any delay. Accordingly, the Court was apprised on Thursday by Additional Solicitor General Y.J Dastoor appearing for the Union government that the CFSL team from Delhi would be landing in Kolkata on Thursday evening following which they would proceed to the place of occurrence. He had further averred that 6 CRPF personnel have been directed to provide security to the CFSL team arriving from Delhi.

The petitioners had fervently argued for the ongoing investigation to be transferred to the CBI or any independent investigating agency. Additionally, they also highlighted that the Chief Minister of West Bengal Mamta Banerjee on Thursday had announced a compensation package for the victims which is purported to be an 'act of impersonation of victims' to suppress material facts.

It was also questioned by the petitioners that the inclusion of Gyanwant Singh in the State's Special Investigation Team (SIT) by alleging that Singh had been served notice by the Enforcement Directorate in 2021 regarding a coal smuggling case. It had also been alleged that no statements of witnesses have been recorded yet.