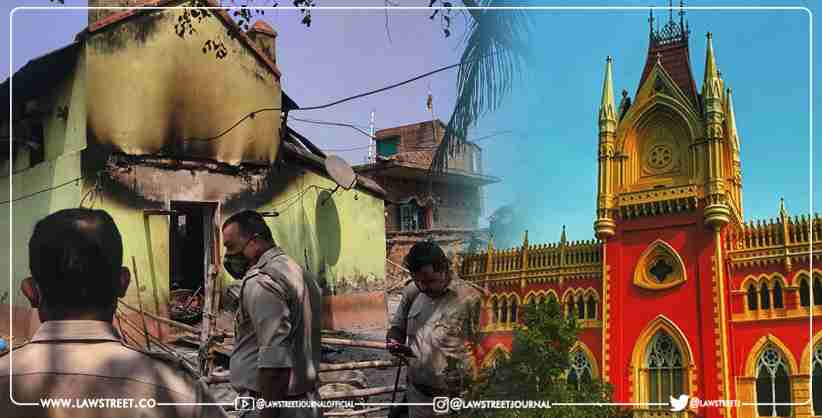 On Tuesday, the Calcutta High Court accepted the Central Bureau of Investigation's (CBI) second progress report in the case of the violence in West Bengal's Birbhum district, in which ten people were killed, allegedly in retaliation for the murder of local All India Trinamool Congress (TMC) leader Bhadu Sheikh. (The Court on its own Motion In re: The Brutal Incident of Bogtui Village, Rampurhat, Birbhum)

A CBI probe into the violent incident was ordered by the court in an order dated March 25, 2022. Following that, on April 8, 2022, the court ordered the CBI to investigate the murder of TMC leader Bhadu Sheikh, stating that the material on record prima facie establishes a close connection and nexus between the two incidents.

The CBI's lawyer told a division bench consisting of Chief Justice Prakash Shrivastava and Justice Rajarshi Bharadwaj that the probe has made significant progress and that the chargesheet is expected to be filed within two weeks. The Court adjourned the case until June 13 after taking these submissions into consideration.

In a related development, the Bench on Tuesday sought responses from the State government and the CBI in response to a petition challenging the formation of a five-member fact-finding committee by the Bharatiya Janata Party (BJP) to investigate the violence incident. The petitioner said that because the CBI is already investigating the incident, there is no need for a 'parallel investigation' by the BJP's fact-finding committee because it will slow down the overall probe.

Following the alleged murder of Bhadu Sheikh, a panchayat leader of the ruling Trinamool Congress, violence erupted in Bogtui village in Birbhum. On March 21, he died when miscreants allegedly threw bombs at him. Several houses were allegedly attacked and set on fire, including two belonging to the men accused of Sheikh's murder, resulting in the deaths of eight people, including women and children.

The police discovered eight burnt dead, mostly women and children, in Bogtui village's destroyed houses. Three people were sent to the hospital in the area. On Sunday, a woman who had suffered 25% burn injuries in the carnage died from her injuries. Until now, ten people have died.

The State Government formed a Special Investigation Team (SIT) to investigate the violence, which was led by the additional director general of police (CID), Gyanwant Singh. Following the Calcutta High Court's orders, the probe was handed over to the CBI.

The National Human Rights Commission (NHRC) has also taken suo motu notice of the matter and has issued notices to West Bengal's Chief Secretary and Director General of Police, requesting a detailed report on the matter within four weeks, including the status of the FIRs filed in the case; steps taken to ensure the safety of the people in the village; and any relief or rehabilitation provided by the state government.

Last month, the Court dismissed a petition seeking cancellation of bail granted to two minor accused persons by the Principal Magistrate, Juvenile Justice Board, Birbhum at Suri in the case, stating that the aggrieved parties have the right to file a revision petition with the High Court under Section 102 of the Juvenile Justice (Care and Protection of Children) Act, 2015 (2015 Act), and that such a plea requesting cancellation of bail cannot be entertained.