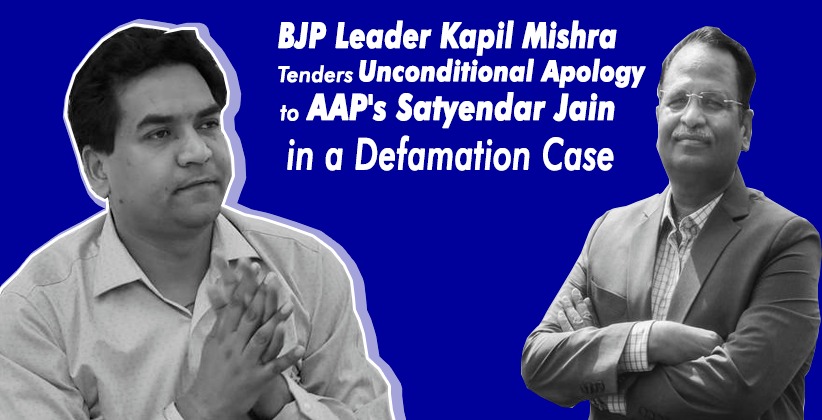 The Delhi High court has disposed of the defamation case against BJP leader Kapil Mishra on Wednesday (October 28, 2020) after he had rendered an apology to the AAP leader and Delhi Health Minister Satyendar Jain for his derogatory remarks against the AAP leader.

Mr. Mishra had passed irrelevant and disrespectful comments against Satyendar Jain stating that he had offered a bribe of Rs. 2crocre to the Delhi Chief Minister Mr. Arvind Kejriwal. However, Mishra kept on alleging that Satyendar had settled a land deal of Rs. 50 crores for Delhi CM’s relative in a press conference held in 2017. He also said that Jain would go to Jail in a few days by posting on social media.

Countering such allegation, Mr. Jain had filed a defamation case against Mr. Mishra for his inappropriate statements in the Delhi Court and demanded an official apology for such. TO which Mr. Mishra had recorded his statement apologizing to Mr. Jain for his behavior in front of the Additional Chief Metropolitan Magistrate Vishal Pahuja to which the judge disposed of the case with immediate effect and asked Mr. Jain to withdraw his defamation case.