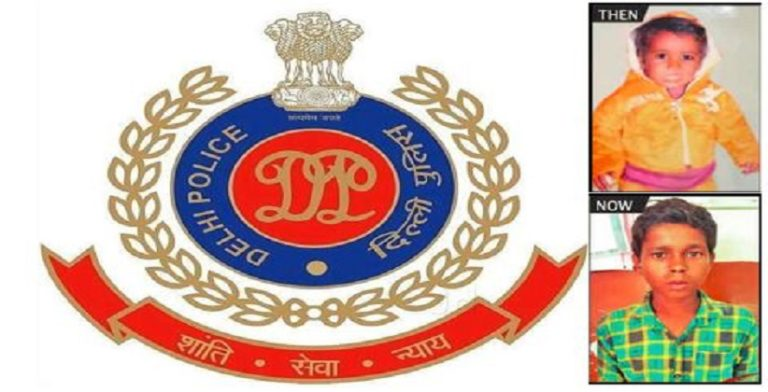 The Anti-Human Trafficking Unit of Crime Branch, Delhi has rescued and restored a young boy who had been missing since last six years. The boy was only three years old when he went missing from Delhi. Crime branch was able to trace the boy, now nine years old at Hussainpur, Kapurthala, Punjab.

The investigation of FIR No. 43/12 under Section 363 of Indian Penal Code, 1860 was transferred to Anti Human Trafficking Unit of Crime Branch from Lahori Gate Police Station by the Delhi High Court.

The boy r/o Jhuggi near DRP Line, Lahori Gate had been missing since May 21st, 2012. His father runs a small shop selling masala spices in the Lahori Gate area. Keeping in view the sensitivity of the case, the cash reward of Rs. 50,000/- was also declared by the Delhi Police.

On June 20th, 2018 head constable Naveen of AHTU, Crime Branch received information about the missing boy that he could be living with a family in Hussainpur, Kapurthala, Punjab. A team led by Inspector Mahesh Pandey comprising of ASI Naresh and ASI Birender, under the close supervision of ACP Surender Gulia left for Punjab immediately. There the missing boy was found living with a family which had adopted him for the last two years. The father recognized the boy because of a scar mark on the forehead and facial features.