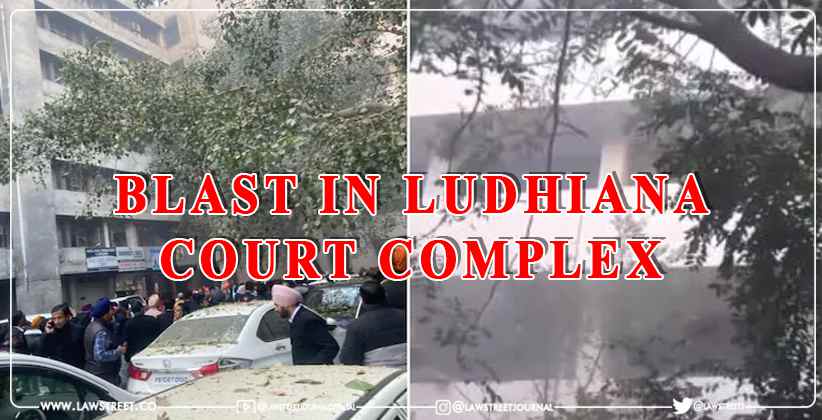 Two people were killed and four seriously injured in a blast inside a crowded court complex in Ludhiana in Punjab this afternoon.

The blast reportedly took place at 12:22 pm inside a bathroom on the second floor of the building. The explosion damaged the walls of the bathroom and ripped through a section of the building, besides shattering glass in nearby rooms. The district court was crowded and functioning when the explosion took place.

Meanwhile, a high alert has been issued across Punjab and police have been directed to tighten security at public places.

A crowd gathered outside the court after a blast was heard in the area. A video from the spot shows fumes coming out of the six-storey building.

The incident exposes a huge security lapse in a building so close to the District Commissioner of Police's office in the heart of Ludhiana city. Investigations are focusing on how the explosives were smuggled into the court complex despite security.

A team of the National Investigation Agency or NIA has been sent to the blast site.

There was a lawyers' strike on Thursday and, therefore, only a few people were in the court complex at the time of the blast.

Walls of bathrooms were demolished, while the window glass was also shattered in the bomb blast.