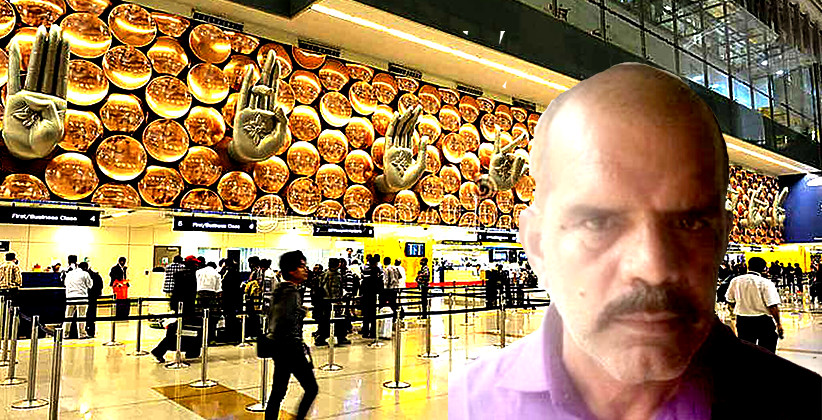 As per the police sources, a woman passenger arrived at the IGI Airport with her husband to board a flight to Srinagar. After completing the security check formalities with the airline, the couple reached gate number 41 and was waiting for boarding.

The woman sat on a chair and kept her purse under it, she kind of dozed off and at that point in time her husband was not there. She found her purse with jewellery worth rupees lakhs was missing. She without a minute's delay reported the matter to the security personnel at the airport.

Sanjay Bhatia Deputy Commissioner of Police, Airport said that "a police team rushed to the spot soon after the news flashed across."

Sub-inspector Ajay Mishra with other team members swung into action lest they should miss the culprit in the crowd as many flights were scheduled at that point. They feared that the accused might melt in the rush of crowd.

"The police gathered and examined the CCTV camera footage to establish the identity of the suspect. One of the footages, showed Naresh, the accused sitting beside the woman, and was even seen taking away her purse to the other side of the premises,” said DCP Bhatia.

He was further traced to be proceeding into a washroom with the purse and came out in a while, but this time he had no purse with him. “We later on, recovered the purse from the loo and everything was clear by then and pointed towards him to be the culprit. In the meanwhile, it sounded alert and we cornered him immediately." Sanjay concluded saying.

The police have registered an FIR under Section 379 (theft) of the Indian Penal Code, 1860.

All the thieved items were recovered from his pocket when frisked. Medical examination suggests that he was under the influence. Naresh has been suspended as the news came in at the time of despatch of this draft.