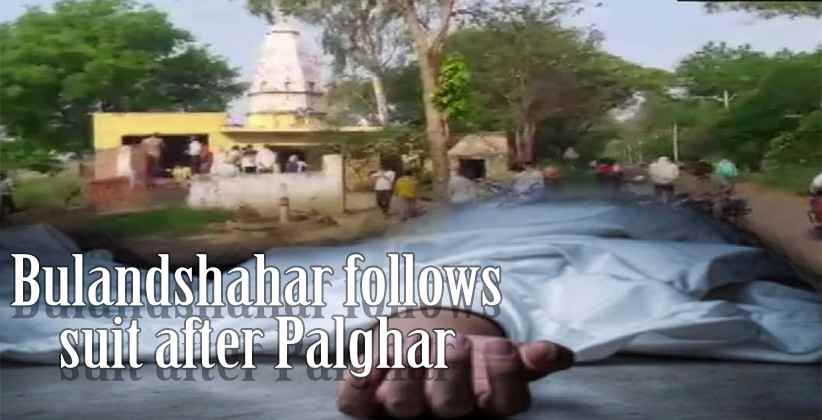 The local police confirmed that the priests aged 55 and 46 were killed by a man who was furious on being abused by the duo for stealing their tongs. The accused identified as Raju has been arrested and charged with murder.

As per sources, the man was apparently high on Cannabis (bhaang) and had gone on to murder the priests after entering the temple where they were put up.

The Uttar Pradesh Police has denied the possibility of communal vengeance while stating that the accused was inebriated on arrest and will be questioned once he is back in a rational state.

Commenting on the incident, the District Magistrate of Bulandshahar said, “The accused has claimed it was the will of God. He has denied using any sword and claimed that he killed the priests using a stick that was lying at the temple.”

Commenting on it, CM Yogi Adityanath said “The murder of two sadhus in Bulandshahar is sad and highly condemnable. Instead of politicizing the issue, a thorough investigation must be done to ascertain the criminal mentality and violent behavior. Legal and timely action should be taken based on this investigation.” He also demanded a detailed report on the incident from the city police.

The news of the gruesome killings was followed by an uproar on social media. "Terrible! Killing of two saints, sadhus at a temple in Bulandshahar, UP, but I appeal to all concerned to not make it communal the way they tried to make Palghar, Maharashtra incident," tweeted MP Sanjay Raut.

Congress leader Priyanka Gandhi Vadra also tweeted on the matter and requested the public to not politicize the matter. She also demanded the accused to be punished for the heinous act.