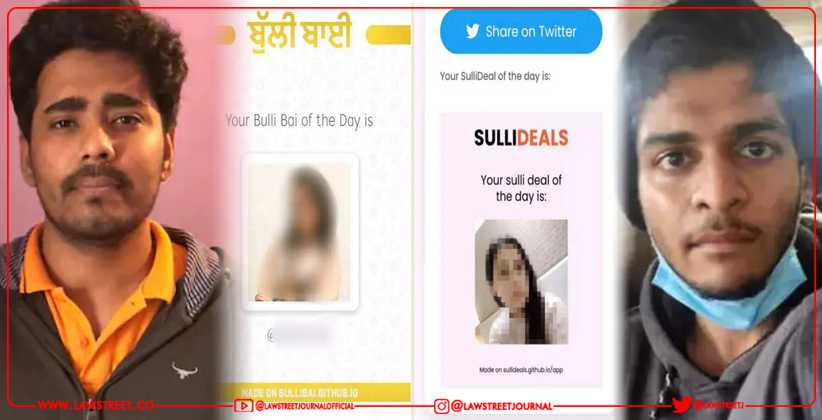 The Court considered that the accused are first time offenders and continued incarceration would be detrimental to their overall wellbeing.

The court had imposed strict conditions on the accused persons so that they couldn't threaten any witness and temper any evidence stated by the court, upon their subsequent release.

The alleged masterminds behind the derogatory "Sulli Deals" and "Bulli Bai" apps were granted bail by a local court in the national capital on Monday, an official said.

The trial court had relied upon the evidence against the accused persons and no shortcoming in the investigation was pointed out.

Deputy Commissioner of Police K.P.S. Malhotra stated that the main grounds for granting the bail to the accused persons ‘Sulli Deal’ app creator Aumkareshwar Thakur and Niraj Bishnoi for ‘Bulli Bai’ app was that the Forensic Science Laboratory (FSL) results along with the replies from Intermediaries were still awaited.

The Order highlighted that the accused persons wouldn't leave the country and would appear before the Court on each and every date, would not commit a similar offence while on bail.