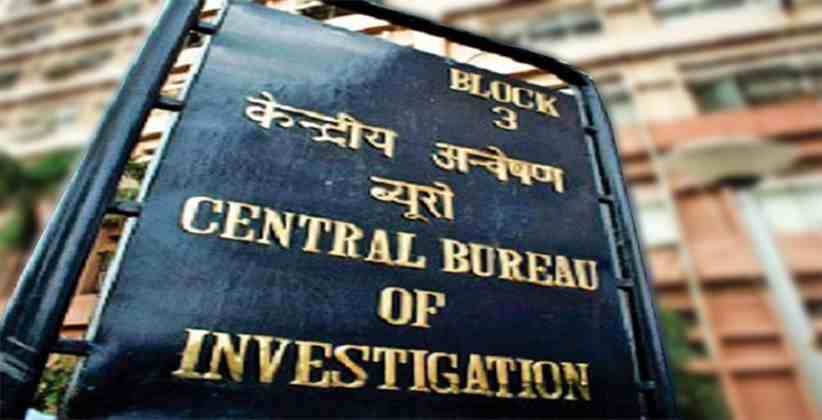 The Central Bureau of Investigation filed a First Information report against a Delhi based firm for alleged corruption charges. The country’s apex investigating body claims a fraud of close to a Hundred and Seventy Crores by the firm, on embezzling assets and capital hypothecated with the State of Bank of India. The FIR is registered against M/s Ramesh Dev Worldwide Restricted (Rohini, New Delhi) and mentions the names of three of the firm’s top administrators.

Charges of general conspiracy, cheating, fraud, and looting the public are maintained against Naresh Kumar, Suresh Kumar, and Sangita, under various sections of the Prevention of Corruption Act, 1988

The Prevention of Corruption Act, 1988 was originally enacted to particularly control such situations. The Act essentially combats any form of corruption in the Public or private sector, while according situational penalties. It is divided into five chapters and is spread across thirty-one sections. It deals with preliminary matters of judicial appointments and investigative authorities, to the rather comprehensive aspects of offenses and penalties.

The Act was most recently amended in 2018 to bring it in line with the standards of the United Nations Convention against corruption held in 2005. The amendment introduced an overarching term for the Act’s rather diverse ideas- Undue advantage redefined criminal misconduct and brought new rules for prior sanctioning of investigations and forfeiture of property. A few cases tried under the Act include the well-known 2G Spectrum scandal and the Ketan Desai Medical bribery scam.

The present FIR deals with a similar scenario where close to a hundred and seventy-three crores have allegedly been mishandled. The State Bank of India’s Karnal branch in Delhi had sanctioned a loan to the firm for which certain property had been hypothecated by it to the bank. The pledged Plant and Machinery has, according to the CBI, been moved from the factory premises without due authority, causing the bank significant losses.

As per the FIR, the payment of mortgage from the financial institution was demonstrated as a capital mixture by method for round movement of store moves, benefiting EPC distributions contrary to the indistinguishable security, proforma solicitations, accommodation of false proforma solicitations and showing non-existent organizations as borrowers. The governmental probe suggests that fake paperwork had been utilized as credible administrative work for the assent of advances in this case. The CBI is inclined to bring the charged inside the case to record their announcements.

The bureau is currently investigating the events following up to the loan and the movement of the Plant and Machinery from the firm’s factory premises. Moreover, the investigative agency also questions unnamed Public officers in its report and suspects the involvement of somebody from the financial institution in the firm’s fraudulent efforts.