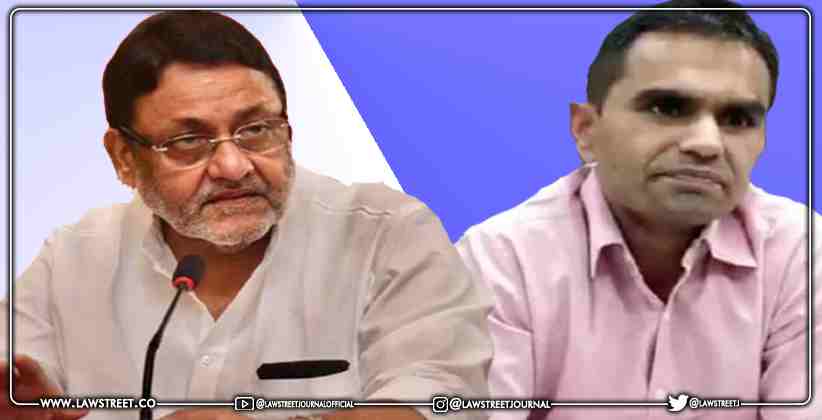 Dhyandev Wankhede (72) has requested a declaration that Malik's remarks in press releases, interviews, or social media, including but not limited to his Twitter account, are "tortious and defamatory in nature."

Wankhede has sought a permanent injunction prohibiting Malik, his party members, and anyone acting on his behalf from publishing, writing, or speaking in the media, or publishing defamatory material about him and his family members in any way.

He has also requested the removal of articles, tweets, and interviews published against him and his family in electronic and social media, as well as a temporary injunction prohibiting them from "publishing, writing, and speaking in any media."

On Friday (November 5, 2021), Wankhede's attorneys brought the case before the vacation bench of Justice SJ Kathawalla. The matter has now been scheduled for hearing on Monday by the bench (tomorrow). Leave to file the above suit is granted. Stand over to November 8, 2021", Justice Kathawalla said in the order.

During the hearing, Wankhede's lawyers argued that Malik was calling the entire family a fraud, questioning their religious beliefs and claiming they were not Hindus. Furthermore, he claimed that Malik's claims were interfering with Wankhede's daughter, Yasmin's, legal practise.

The lawyer explained Sameer Wankhede's relationship with Malik, saying that Malik's son-in-law, Sameer Khan, was arrested by the NCB in February and granted bail months later, in September. An appeal against his bail is currently pending in the High Court, and this was Malik's way of retaliating against his family. Finally, he has asked Malik to pay him Rs 1.25 crore as compensation for "irreparable loss, damage, harm, prejudice to the name, character, reputation and societal image of plaintiff and his family members".

In other news, the investigation into the Cruise Ship Drugs Case, in which actor Shahrukh Khan's son Aryan Khan is a suspect, has been transferred to a Special Investigation Team (SIT). This follows a slew of personal and professional allegations levelled against Sameer Wankhede. 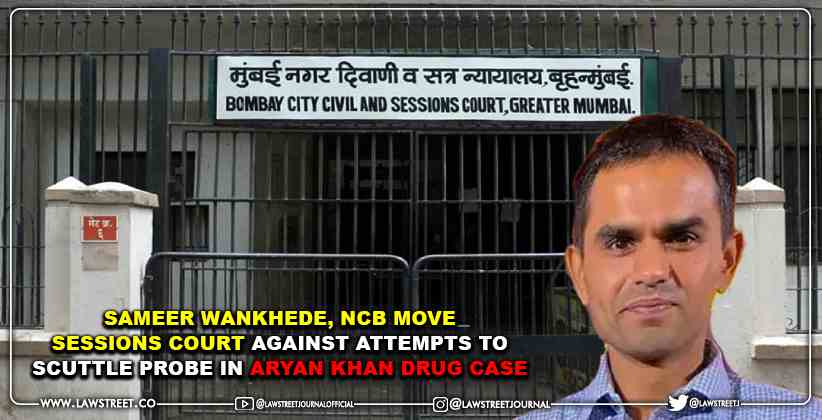 Crime, Police And Law Oct 25, 2021 Anurupa Biswas ( Editor: Ekta Joshi ) 1 Shares
1 Share
The Zonal Director of NCB, Sameer Wankhede moved the Mumbai Sessions court in connection with the Aryan Khan drug case seeking directions to prevent attempts to create hurdles and scuttle the ongoing investigation.The application prayed that there should be no tampering with the investigation or evidence, and the zonal director said that personal allegations are being levelled against him and his family.It was widely reported in media that the bodyguard of independent witness KP Gosavi has...
Read full post