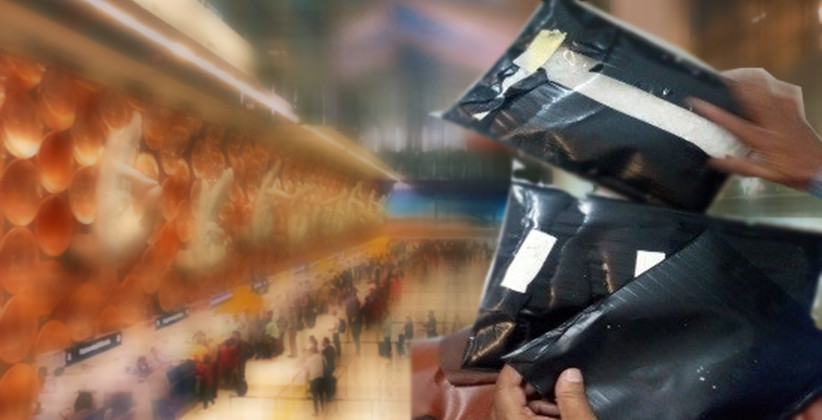 The personnel of CISF (Central Industrial Security Force) caught a man carrying drugs at Delhi's IGI Airport. Acting on a tip-off received from NCB officials that a passenger travelling from Delhi to Kuwait via Dubai by fly Dubai flight No.FZ-5432 (STD-0400 hrs) was suspected to be carrying some drug.

Subsequently, CISF surveillance and intelligence team of IGI Airport kept a close watch through electronic and manual surveillance to intercept the passenger. `

The CISF team checked one person identified as Sheikh Naved Umer with Passport number P1817275 of Udupi (Karnataka) at the check-in area of terminal 3. He was taken to the random checking point.

During baggage screening through X-BIS machine, CISF screener noticed some suspicious image inside the trolley bag. On physical checking of the bag, CISF personnel noticed a false bottom in the bag. Subsequently, the false bottom of the bag was torn open and three packets of white crystalline substance (suspected to be narcotics substance) weighing about 1.8 kg were recovered. On arrival of NCB Officials, the seized substance was confirmed as Methamphetamine drug.

Later on, the accused with the seized Methamphetamine drug was handed over to NCB Officials for further legal action in the matter.