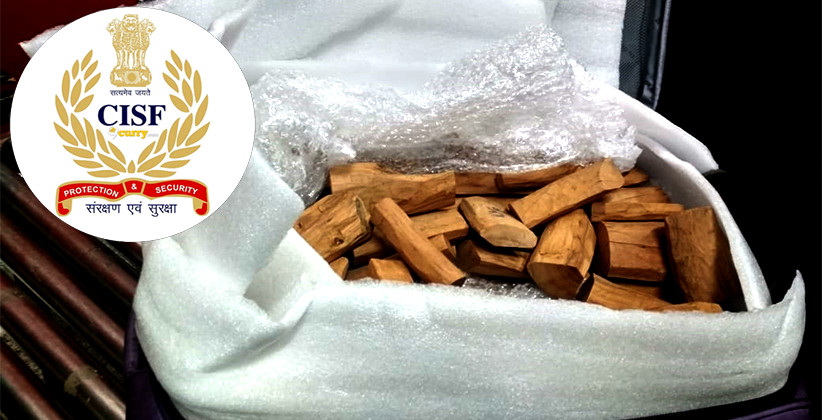 The CISF (Central Industrial Security Force) sleuths deputed at Delhi's airport caught two men carrying red sandalwood in their bags. Those nabbed identified as Rahul Kumar and Mairajuddin are from India and scheduled to fly to Bangkok.

The surveillance and intelligence personnel at IGI Airport noticed the suspicious activities of two passengers roaming along with their heavy bags in check-in area of terminal-3, IGI Airport.  The passengers with their bags were taken to the random checking point for thorough checking. During X-ray screening of their bags, some suspicious images were noticed inside their bags. The bags were diverted for physical checking. On physical checking, the bags were found filled with ‘red sandalwood’ (weighing about 130 kilograms). They were bound for Bangkok by Thai Airways flight number TG-332 (STD 0320 hrs). On enquiry, they did not reply satisfactorily and could not produce any valid document for such quantity of sandalwood. Subsequently, the message was passed to senior officers of CISF and Customs officials.