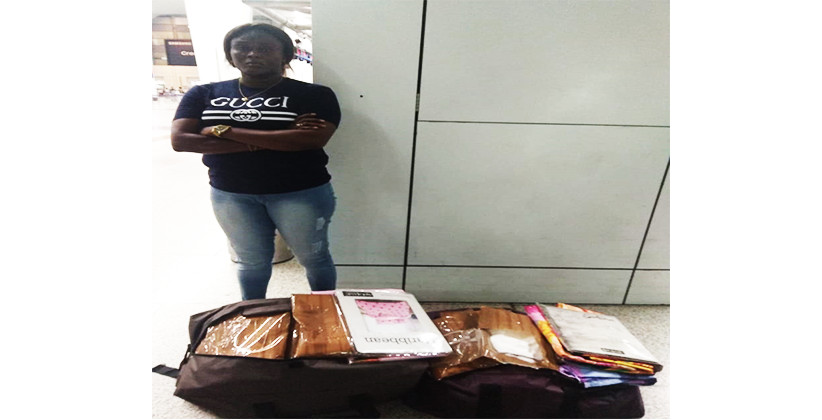 Yet another big catch by the sleuths of the CISF (Central Industrial Security Force) at the points where the force remain proactive. CISF with the help of surveillance and intelligence selected a foreign lady passenger for thorough checking. She was taken to the random checking point at the departure area of terminal-3 for the entire process of checking of her luggage. On x-ray screening of her baggage, CISF screener noticed some suspicious images of packets inside her bag. The bag was selected for physical check. On physical checking of the bag, fourteen numbers of brown colour taped polythene pouches filled with white powdery substance (appears to be contraband) were found concealed between bedsheets. Senior Officers of CISF and NCB officials were informed.

Later on, the said lady passenger along-with the recovered contraband substance was handed over to NCB Officials for further legal action in the matter.