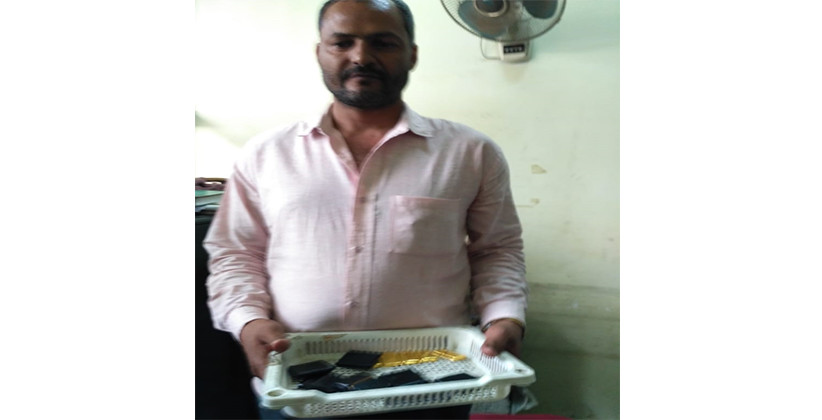 The sleuth of Central Industrial Security Force (CISF) has caught a man with 3.5 kilogram gold at Imphal Airport. The man identified as Pramod Kumar native of Jhunjhunu (Rajasthan) was to board an Air Asia flight for New Delhi.

During a random check at the airport, ASI Smit Kumar Yadav of CISF checked the luggage of a passenger at the departure area of the airport. When his bag was searched through X-BIS machine. During screening, 21 gold bars weighing about 3.5 kg. worth Rupees 1,12,00,000 wrapped in black tapes were recovered from his bag. The accused failed to give any concrete reply nor did he produce any document that could convince the officers on duty.

Later on, senior officers of CISF and AIU/Custom Officials were informed. Pramod with the gold seized was given into the custody of the Custom Authority for further legal proceedings.