Mother-Daughter Duo Detained by Police Without Making Any Entry In Official Records: P&H HC Awards Compensation of Rs. 1 Lakh Each 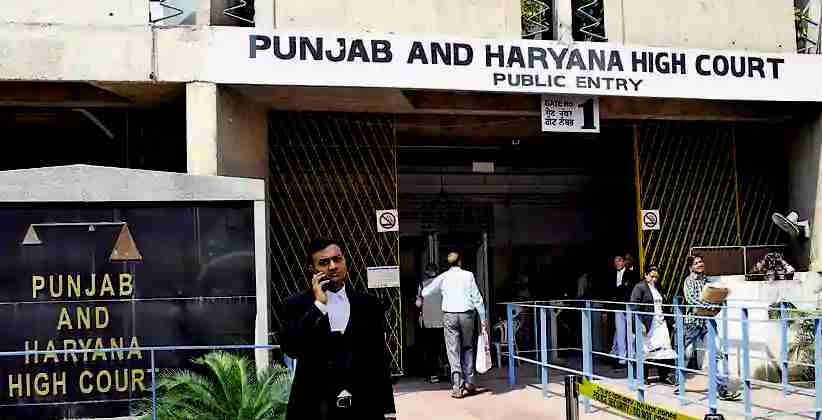 On Tuesday (6th Octoberm2020), the Punjab and Haryana High Court directed the state government to pay a compensation of Rs. 1 Lakh each to the mother and the daughter for illegal detention.

The case was heard by a bench of two judges- Justice Rajiv Sharma and Justice Harinder Singh Sidhu. The judge had the opinion that it is illegal to keep the mother-daughter duo in jail for two days and that too without making an entry in roznamcha. It was also found that the District/Illaqa Magistrate was not informed about the illegal detention.

This happened when on 2nd Septemeber, the detenu i.e. Harwinder Kaut filed a complaint at the Morinda police station in Rupnagar District about some articles of her house being stolen by Simranjit Singh, Kaka Singh, Sodhi Singh, etc. The police along with the mother-daughter duo went to the spot where the Sub-Inspector discovered that murder was committed and a case was thereafter recorded against Palwinder Singh, who is the husband of Harwinder Kaur. During the inspection, a group of people started beating and hurling abuses at the mother-daughter duo. The female police officers tried to rescue both from the house during which the crowd started throwing stones and threatened to kill the duo. As the situation was going out of control, the Duty Magistrate ordered a lathi charge to save the lives of Harwinder Kaur and Rupinder Kaur. The government as well as private vehicles were damaged, but the duo was rescued.

It came to the knowledge that this was not a case of illegal detention and the duo was in police custody in good faith to protect them from the angry mob. At that time, it was the safest option to protect the mother-daughter duo without taking any risks. The duo also accepted in their statement that there was no case of mistreatment or harassment with them in the police station.

The judge said that the Warrant Officer showed that the duo was illegally detained at the police station. The court said that even if some people tried to harm the duo, keeping them in the police station for two days without an entry in roznamcha and that too without informing the District magistrate was not permissible.

The court said that this is a violation of the fundamental rights and an action shall be taken against the erring officials.

The matter was further referred to a larger bench for issuing guidelines in order to protect the fundamental rights of the citizens. They said that the duo could not be kept in police custody and noted that “Their continued detention cannot but be termed as illegal.” The court also added that “If such action is not condoned it would be prone to grave misuse, the requirement of law and the procedures have to be strictly complied with. It is well settled that in appropriate cases courts can award compensation for illegal detention.”