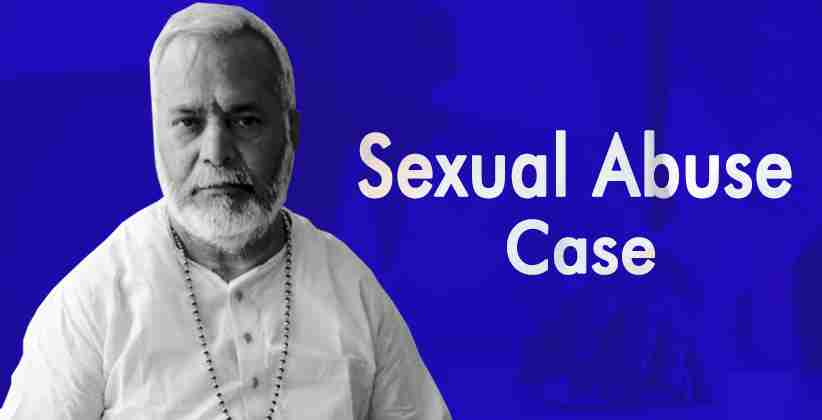 Thehigh-profile case filed against Former Union Minister Swami Chinmayanand accusing him of sexual abuse by a Shahjahapur Law student saw a turnabout in Court on Tuesday (October 13, 2020) where the complainant turned hostile and denied of making any such allegations against him.

This case transpired after the female student posted a video on August 23, 2019, on social media stating that a “senior leader of the sant community” was harassing and threatening to kill her and she went missing on August 23, 2019.

This female student was pursuing an LLM degree in Shahjahanpur Law College which was run by the trust of Former Union Minister Swami Chinmayanand.

The student then lodged an FIR with Lodhi Colony police station of New Delhi on September 5, 2019, and her father lodged another FIR in Shahjahapur. Both FIRs were merged.

“Whoever, in the place of custody established by or under any law for the time being in force or of a woman’s or children’s insti­tution takes advantage of his official position and induces or seduces any female inmate of such institution to have sexual intercourse with him, such sexual intercourse not amounting to the offense of rape, shall be pun­ished with imprisonment of either description for a term which may extend to five years and shall also be liable to fine ’’

Former Union Minister Swami Chinmayanand later filed a case of extortion against the girl and her three friends, namely Sanjay, Sachin, and Vikram for Rupees 5 crore and alleged that they had threatened to make video clips public which showed him getting messages from the student.

A Special Investigation Team was constituted by the Uttar Pradesh Government on the orders of the Supreme Court in September to investigate the case.

On November 6, 2019, the SIT had filed a charge sheet in both the rape and extortion case and the statement of the female was recorded under Section 164 Code of Criminal Procedure (CrPC).

On December 6, 2019, the Allahabad High Court granted bail to the law student, who along with three others, was charged for trying to extort an amount of Rs 5 crore from former union minister Swami Chinmayanand.

On November 7, 2019, the law student challenged the Allahabad High Court order which held that Swami Chinmayanand was entitled to get a certified copy of the statement of the victim recorded under Section 164 Code of Criminal Procedure (CrPC).

The Supreme Court had on October 8, 2020, set aside an order of the Allahabad High Court which allowed Swami Chinmayanand to access a certified copy of the victim's statement.

A bench of the apex court, headed by Justice UU Lalit, had held that Swami Chinmayanand can't get access to the complainant's statement to the magistrate under Section 164 of the Code of Criminal Procedure (CrPC) during the investigation.

The Allahabad High Court in February 3. 2020 granted bail to Swami Chinmayanand who was arrested in September last year and transferred the trail from Shahjahanpur to Lucknow’s MP-MLA Court.

During this trial On October 13, 2020, in the MP-MLA Court in Lucknow, the student changed her statement and denied that she had levied any allegations against the Former Union Minister Swami Chinmayanand.

The prosecution of this case immediately moved an application under Section 340 of the Code of Criminal Procedure (CrPC) seeking action against her for perjury i.e. lying under oath.

The court fixed the date for hearing of this application on October 15, 2020.