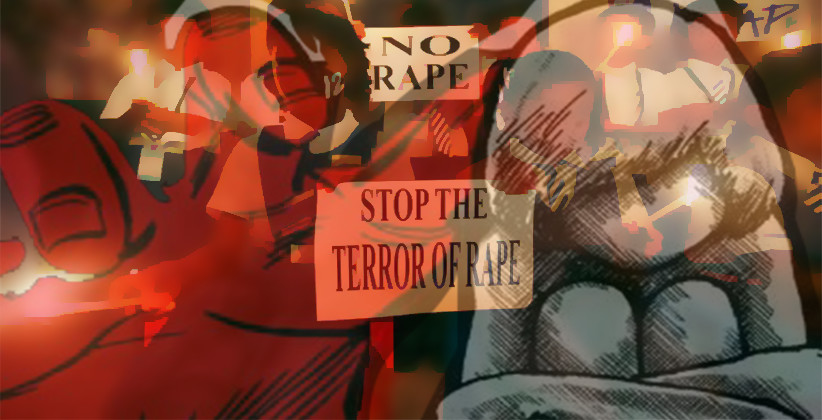 The strong willed and valiant Alwar gang rape survivor refuses to give up the fight for justice. The traumatized survivor wants death sentence for all the five accused. Currently in Class XII, the survivor plans on continuing her studies.

The rape survivor went on record to say that “I want that all the five men who raped me, videotaped me even when I pleaded with them not to and changed our lives forever in ways which I will have nightmares about, should be hanged. If there is any worse sentencing other than that it should be given to these five.”

As soon as the video went viral, the rape survivor and her husband went to the police station but were told that case cannot be registered because there was no staff. “In fact, the police also said that on May 5 and 6, no work will be done in the matter because of election,” said the husband.

Talking about the unfortunate incident, the husband added, “Just 10 minutes after leaving my in-laws house, these five men started following us and asked me to stop. They dragged us down the ravine and asked us to strip. When we resisted they started tearing off our clothes till we had to take them off. What followed was three hours of living hell. Initially we shouted for help but gave up soon realizing that it was futile.”

The accused have been booked under sections 147 (punishment for rioting), 149(unlawful assembly), 323 (punishment for voluntarily causing hurt), 341 (punishment for wrongful restraint), 354(B) (assault or use of criminal force to woman with intent to disrobe), 376(D) (gang rape) and 506 (punishment for criminal intimidation) of Indian Penal Code, 1860.

LawStreet’s View: It is indeed extremely sad that in today’s day and age, we are still facing such issues. The increase in heinous crimes has put humanity to shame. The gangrape and video filming of the victim is horrendous, to say the least. However, it is even more shameful to politicize this issue. Many media reports and channels have gone on record to state the caste of the victim, so much so that the media has coined the term “Dalit Rape Survivor”. A rape is a rape, be it of any woman, irrespective of her caste, creed or color. Media plays a pivotal role in the progression of any society and to politicize such sensitive issues is not only unethical but also takes us manyfolds backwards.