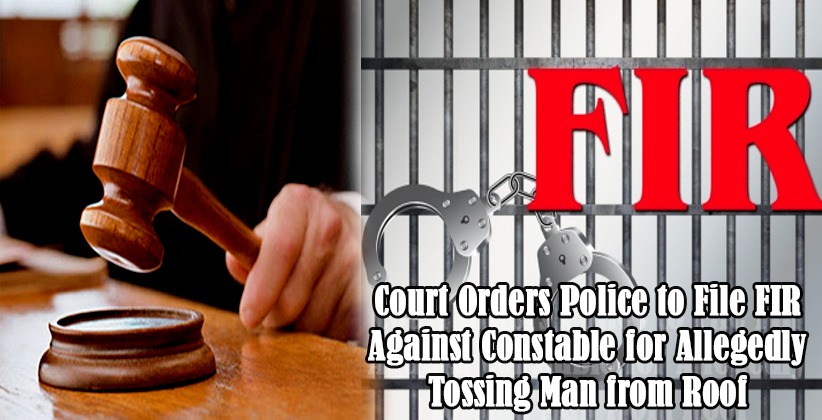 Metropolitan Magistrate Pranav Joshi expressed his utmost frustration at the way police officers treated the complaint and ordered the police to lodge an FIR against Constable Praveen, his assistants Prateek and Chotu.

The Court heard a complaint lodged by one Rekha alleging that on 14th June 2020, Constable Praveen, his assistant Prateek and Chotu had thrown her husband from a building's roof. The man has suffered serious injuries and continues to be critical at AIIMS Trauma Centre. Praveen is deployed as a constable at Burari Police Station.

It said the complaint discloses a cognizable crime commission and thus, there was no room for any investigation. "A FIR should have been filed as soon as the applicant lodged the case. Finally, what should have been done during the investigation was done under the garb of inquiry," the court said.

The court said the allegations leveled against the accused are of a very serious nature and require an independent probe.

Police also argued before the court that the complainant's claims against constable Praveen and others during the inquiry conducted could not be substantiated.

The court however clarified that "registration of a FIR does not always mean arrest of the accused person and if the version given by the complainant is not substantiated, a closure report can always be filed."

It also made it clear that the plaintiff could be charged as a false complainant. The court said that the facts about the allegations of a cognizable offense can only be discovered during the investigation, and hence the proper course of action is to register an FIR as soon as a complaint is lodged which exposes a cognizable offense from the allegations made therein.

It also said that from the investigation carried out and the course of action taken in doing so, it appears prima facie that attempts were made by the Burari police to sabotage an independent probe into a recognizable offense where allegations are also made against a police officer. The court has ordered that the DCP concerned file a response within 10 days and that Burari SHO file enforcement report within one week.

The complainant alleged constable Praveen beat Rajesh over a disagreement with others. Praveen 's friend Prateek alleged a minor daughter of the complainant had stolen a ring of diamonds from his house. But the daughter of the Complainant denied the charges. On 18th June 2020, the woman lodged a written complaint, but no action was taken.