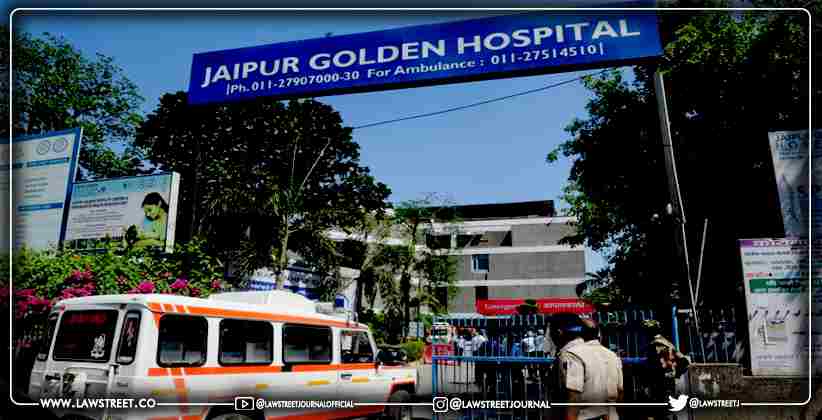 A petition by Advocate Utsav Bains, against the respondents Union of India through Ministry of Health, Ministry of Home Affairs, Government of NCT of Delhi, Government of NCT of Delhi through Health Department and Jaipur Golden Hospital  has been filed in the Delhi High Court by the families of nine victims requesting a Court-monitored CBI SIT enquiry further into people who died on the 23rd and 24th of April at Jaipur Golden Hospital, seizing all crucial records and CCTV video, and compensation for such families. Further the request for monthly sustenance for single parents, orphans and to families who have lost members because of the authorities has been made.

The plea states that due to shortage of oxygen and failure by the hospital authorities to provide adequate supply of oxygen to the Covid patients even when they were aware of how dangerous it can be for people suffering and which could result in death, the respondents didn’t pay attention, they should be held liable and should pay the compensation fee which they have denied for the deceased victims and the criminal prosecution.

When the oxygen supply did not arrive on time, the deceased were placed on oxygen cylinders, but the required pressure was not there, and as a result, the patients expired while struggling for oxygen. The committee's assessment that the patients were undergoing oxygen therapy was made in order to deceive the Hon'ble Court. And the committee has not examined the issue of demand of supply of the Hospital.

According to the plea the accused knew through their specialized area and experience that if the patients' oxygen supply was terminated, it would immediately and without a shadow of a doubt result in their death, and this fulfils the needs of Section 304 of IPC which states that if any act done with the knowledge that it is likely to cause death even without the intention to cause death or any bodily injury.