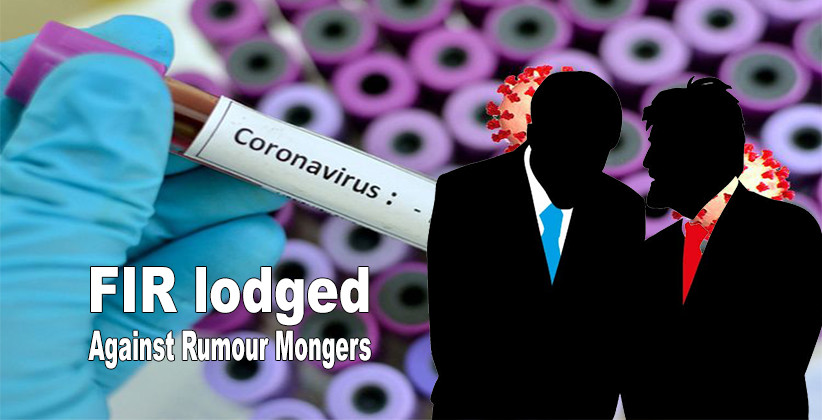 On March 19, 2020, First Information Report (FIR) was lodged under Section 505 (statements conducing to public mischief) of the India Penal Code, 1860 (IPC) in Kavi Nagar police station against unidentified persons who are alleged to be indulged in spreading rumours about Novel Corona Virus (COVID-19).

As per the FIR, they were spreading rumours that India has reached the stage 3, when the disease is spread widely through the community, without any personal contact with a patient.

“The police post in charge came to know about rumours spreading in his jurisdiction areas and gave a complaint after which we lodged an FIR against unidentified persons. Investigation is on in the case,” Mohammad Aslam, SHO of Kavi Nagar police station, said.

Director general of Indian Council of Medical Research (ICMR), Balram Bhargava, had said on March 17, 2020 that India is in stage 2 of the outbreak. After random sample testing on March 19, 2020, the ICMR had ruled out any community spread.

According to district health department officials, they have so far sent 47 samples for testing of Covid-19 and 36 have tested negative for the disease. They added that two were found positive and one of them was discharged after recovering from the infection.

“Reports of nine samples are awaited. Only one person who is still positive for Covid-19 is in the isolation ward of MMG Hospital. One more sample of his has been sent for testing. In case that turns out to be negative, the patient will be discharged. Overall, we have about 368 persons who have a travel history to a foreign country and our teams are tracking them,” Dr NK Gupta, chief medical officer, Ghaziabad, said.