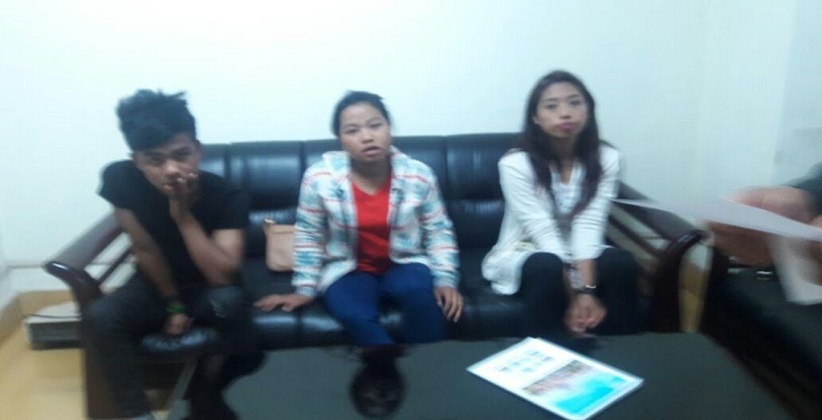 Most of the times, crime takes place due to the lack of detective and preventive measures. Police personnel quite often prove to be incompetent and lethargic while on duty. However, on the contrary, where the police personnel displays their skill and alertness, they successfully act to prevent or detect a crime, which if not prevented could have caused significant harm to the lives and property of the people.

In one such case of alertness exhibited by a Central Industrial Security Force (CISF) personnel, a crime was successfully detected and prevented at Imphal airport.

On April 14, 2018 at about 1100 hrs, during the checking of identity & ticket at the departure gate of Imphal Airport, Assistant Sub-Inspector Shibu of CISF due to his activeness doubted on the authenticity of the documents (driving license) produced by three passengers (two females and one male) namely Miss Dimkhawlnuam, Miss Donlunching & Mr Sianmuankham who were supposed to travel from Imphal to Bangalore by Indigo flight No 6E-358.

Immediately, he informed the matter to his senior. On enquiry, they revealed that they all are Myanmar National and they prepared their driving licenses from Churachandpur district of Manipur for travelling purpose to Bangalore. On checking of their baggage, an Aadhaar card in the name of Miss Dimkhawlnuam was also recovered.

Later, all the said passengers along with their belongings were handed over to the local police for further necessary action against them.

Whatever may be the nature of prevention of the crime by police personnel, the same must always be rewarded suitably to leave an example for others to follow as well as.

A wise man once said, "He is safer from danger who is on guard even when safe."