Delhi Man Fires Gun Outside a Pharmacy after Being Denied Entry for not Wearing Mask; Gets Arrested by the Police 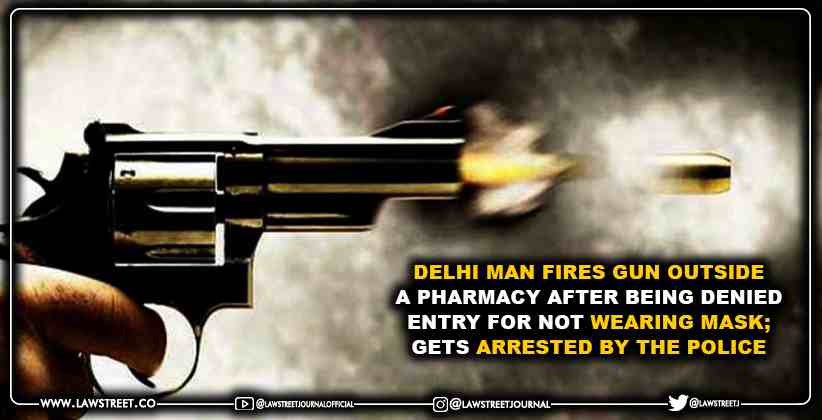 On Monday (24/05/2021), the Delhi Police arrested a 22-year-old man for allegedly firing a gun outside a pharmacy in Jamia Nagar, South Delhi.

The incident happened on Saturday (22/05/2021) night when a group of men were denied entry into the pharmacy. The owner of the pharmacy, Aadar Siddiqui, prevented the men from entering as they were not wearing face masks made mandatory considering the spread of Covid-19.

A Senior Police Officer in the knowledge of the incident commented that one of the accused took out a gun and fired it in the air before running away from the scene.

On investigation of CCTV footage and after questioning the residents, the police identified one of the accused as Firoz Hasan.

Hasan was arrested from his house at Zakir Nagar, and a pistol was recovered from him.

A case has been registered against the accused by Siddiqui, mentioning offences under Sections 336 (act endangering human life) and 506 (criminal intimidation) of the Indian Penal Code, 1860 and various sections of the Arms Act, 1959.

The police confirmed that Hasan confessed to the offence and said that he was intimidated when he and his friends were denied entry to the store.

Earlier in May, in a similar incident, a 26-year-old businessman attempted to shoot a pharmacist in another South Delhi pharmacy when asked to pay Rs. 20 for a bandage.