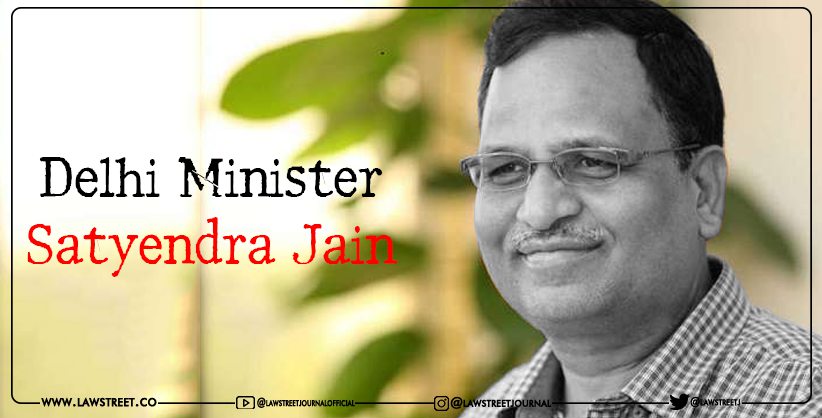 In connection with a money laundering case, a Delhi court on Tuesday remanded the city's Health Minister, Satyendra Jain, in the custody of the Enforcement Directorate till June 9. The Minister was produced before a Special CBI Judge, Geetanjali Goel.

The agency arrested Jain yesterday. In this case, the Enforcement Directorate (ED) has sought that Jain be held in custody for 14 days.

In connection with an alleged disproportionate assets case against Jain and others, the agency attached properties worth Rs. 4.81 crore belonging to five companies and others last month.

The money laundering case is based on a FIR registered by the CBI in 2017 under the Prevention of Corruption Act against the minister and other persons, alleging that the minister acquired assets disproportionate to his known sources of income between February 2015 and May 2017. Then, in December 2018, the CBI filed a chargesheet against Jain.

In an earlier statement, the ED had reportedly said that,

"During the period 2015-16, when Satyendar Kumar Jain was a public servant, the above mentioned companies beneficially owned and controlled by him received accommodation entries to the tune of Rs.4.81 crore from shell companies against cash transferred to Kolkata-based entry operators through 'hawala' route," the ED had earlier said in a statement."