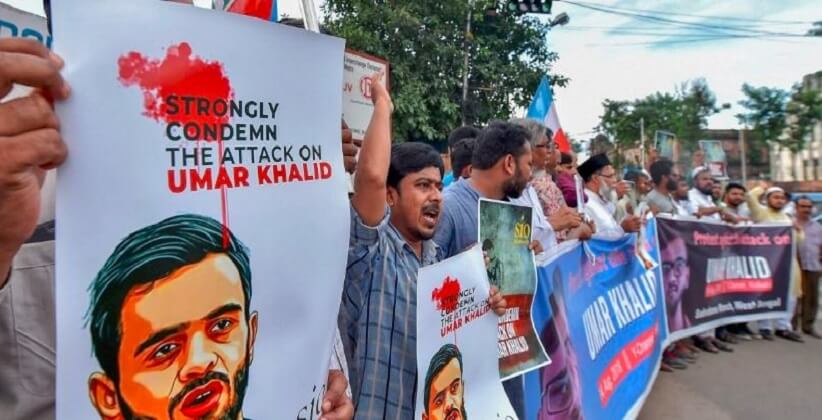 The Delhi Police Special Cell has today (August 20th, 2018) arrested two accused in connection with the attack on Jawaharlal Nehru University (JNU) student Umar Khalid outside the Constitution Club of India in Delhi on August 13th, 2018.

A senior officer of Special Cell confirmed the arrest of the two accused who are native of Haryana.

In a video, that went viral on social media the duo have claimed the responsibility for the attack and said that the attack was supposed to be an “Independence Day gift” to the citizens.

The two men identified themselves as Darwesh Shahpur and Naveen Dalal, said that “We respect our Constitution. But there is no provision in our Constitution to punish mad dogs. By mad dogs, we mean the JNU gang that is making the country weaker and their number is increasing. Our elders in Haryana have taught us that such people should be taught a lesson."

Further interrogation has been initiated to ascertain whether the two accused carried out the attack and the motive behind it.

Mr. Khalid, who was at the Club to address an event escaped unhurt after being attacked.