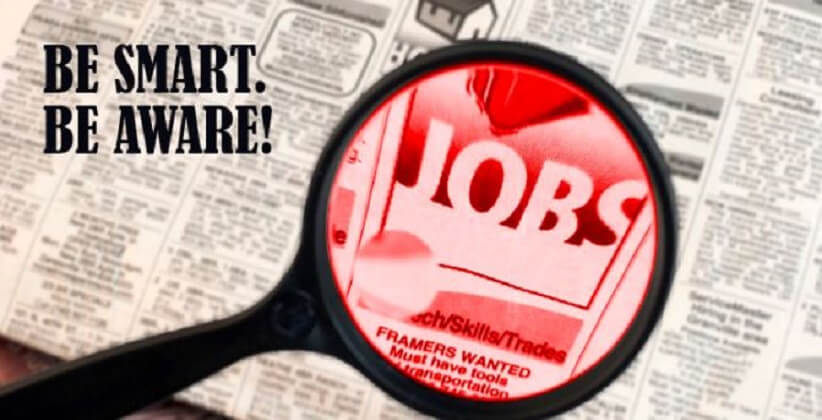 The case was registered on the complaint of one Keshav who alleged that Manish and his associates had cheated him and others of Rs. 24 lakhs on the pretext of providing them government jobs in Railways, Food Corporation of India (FCI), Military Engineering, Indian Post Office, Union Bank of India, etc. Hence, a team led by ACP Shweta Chauhan began working on the case.

During the investigation, it was found that the gang of cheats was being headed by Manish who had escaped to Bihar after cheating many job aspirants. After serious efforts on August 5, Manish alias Shashi Bhushan was arrested from Patna, Bihar. He was brought to Delhi and taken on police remand. At his instance, accused Sandeep Sidhana who is a graduate from Delhi University’s Khalsa College was arrested from Saket, Delhi and Sheetal Kumar a civil engineer was arrested from Sarai Kale Khan, Delhi.

A large number of incriminating documents including fake appointment letters, educational documents of victims, fake ID cards, fake official stamps, laptops, 10 mobile phones, one hard disk and one Honda CRV have been recovered from their possession. They admitted of duping a large number of youths in Delhi, Bihar, Rajasthan, Punjab and Haryana on the pretext of providing government jobs in railways, FCI etc, said by Crime Branch Delhi.

Complainant Keshav used to run a small business in Gurgaon. He met Manish through a common friend in March 2016. Manish convinced Keshav that he could arrange for a Ticket Checker’s job for Keshav’s cousin in Indian Railways. In the month of April 2016, Keshav gave him Rs. 6 lakhs to arrange for the job for his cousin Ankit in the Indian Railways. Through Keshav, Manish also duped 3 other persons and took Rs. 6 lakhs from each of them.

Manish would lure the victims and then introduce Sandeep Sidhana as his boss. Sandeep would convince the victims that he would ‘help’ them secure a job in Indian Railways. By this assurance, he would charge Rs. 50,000/- to initiate the process. They would conduct a fake examination of the candidates after which one Sanjay who is yet to be arrested would take them to the Northern Railway Hospital for their medical examination.  That time they would provide Medical Clearance Certificate & temporary ID-Card to the victims and ask them to deposit remaining amount of Rs. 5,50,000/-.

Further efforts are being made to identify other victims trapped by them and to apprehend the remaining associates including Sanjay in this case, said the Crime Branch.