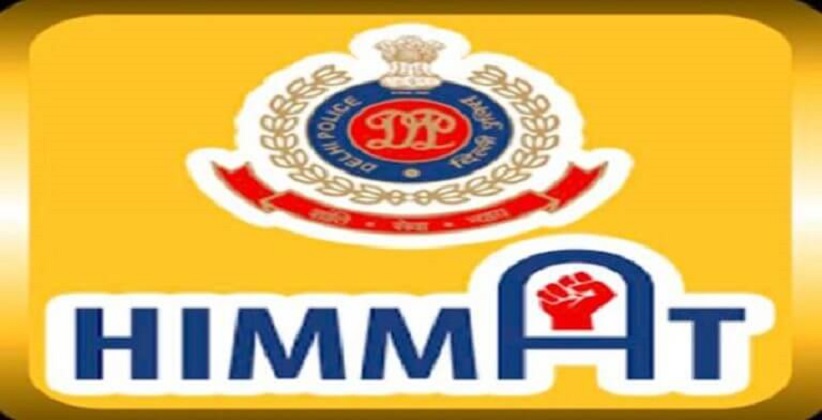 To strengthen safety & security of girl students an introductory session was organized on August 3rd, 2018 at SPJ Auditorium, South Campus, New Delhi by South-West District in association with Special Police Unit for Women and Children (SPUWAC), about the use of “HIMMAT PLUS APP” & Self Defense program.

Total 300 girl students attended the session. During the session, all the students were briefed by Additional DCP-I Ms. Monika Bhardwaj about the use of “HIMMAT PLUS APP” through a presentation. The app can be downloaded from both platform i.e. Android and IOS.

While explaining the work of the app, Additional. DCP-I Ms. Monika Bhardwaj informed the students that after downloading the app, a new user has to register with the Delhi Police website by sharing their name, mobile number and that of a minimum of two relatives/friends. Once the User is registered, the user will get an SMS on mobile number given at the time of registration with a download link and registration key. The User has to enter this key in the registration window in the application. This is a one-time process.

“In case of any emergency, the user can send an alert by shaking her phone or by pressing the power button/soft button. As soon as the distress button is pressed, it will trigger a 30-second audio and video recording on the phone which will be relayed to the Police Control Room, and the victim will get a call back from the Police Control Room.

Later a self-defense program followed up by Nukud Natak performed by “Asmita Theater Group” was also organized to make students aware as to how girls and women are subjected to sexual abuse and domestic violence and their role in pre-empting the abuse. They were also informed about the Women Helpline.

Crime, Police And Law Jun 11, 2021 Kartikey Garg ( Editor: Ekta Joshi ) 2 Shares
2 Shares
On Sunday (June 6, 2021) a 31-year-old civil defence volunteer was arrested in the Sangam Vihar area of South Delhi for allegedly impersonating a Delhi Police sub-inspector and prosecuting people for violating COVID-19 norms.Suneel Kumar, a resident of Sangam Vihar, has been named as the suspect. The arrest was made while he was checking people for COVID-19 violations, according to the Delhi Police, and constable Amit arrived on the scene and checked his identity card.According to the police,...
Read full post

Crime, Police And Law Jun 08, 2021 Prachi Jain ( Editor: Ekta Joshi ) 5 Shares
5 Shares
On June 1st 2021 Tuesday night, a 19-year-old man was allegedly stabbed to death by four youths in South Delhi’s Ambedkar Nagar. The incident took place in Bhumiya Chowk in Madangir. Police said, the diseased, Kunal, was going to a shop when the four ringed him and attacked him with knives. The police said that the accused have been arrested.CCTV footage of the incident allegedly shows the four accused taking turns to stab the victim multiple times. The victim tries to escape, but...
Read full post