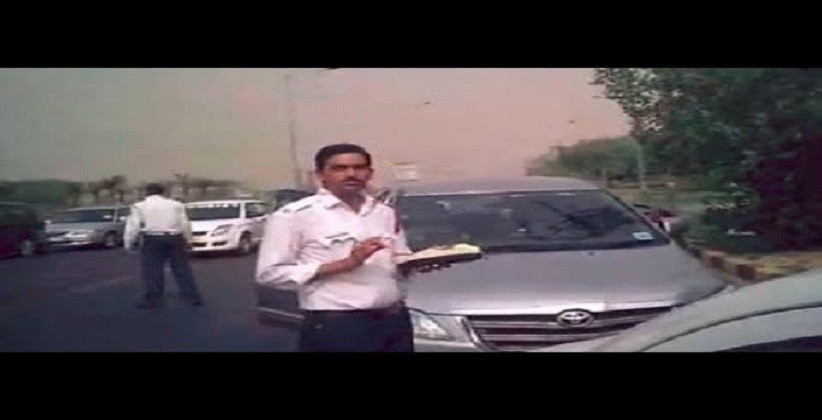 A sensational video has been making rounds on social media in which Delhi Traffic Police personnel are shown accepting bribe from a cab driver near Indira Gandhi Airport (IGI). The cab driver was forced to carry out this sting operation to expose the recurrent corrupt practices of the traffic police personnel after being harassed many times while dropping passengers to the airport.

The video is clearly showing the identity of the three policemen accepting a bribe of Rs. 500 from the driver.

After the video had gone viral on social media, the senior police authorities got into action where the Joint Commissioner of Police, Traffic, said that the involved traffic police personnel have been identified in which one is Sub Inspector, and two are constables. They have reportedly been suspended and sent to police lines. Further departmental action for a major penalty is under process.

Taking bribe on duty is a serious penal offence under the law. As per Section 7 of the Prevention of Corruption Act, 1988 a public servant taking gratification other than legal remuneration in respect of an official act shall be made punishable with imprisonment of not less than six months but which may extend to five years and shall also be liable to fine.

As the video itself has provided a concrete evidence to establish the guilt of these policemen, stringent punitive action should be taken against them for misusing their authority while on public duty. However, despite the evidence and all these provisions, Delhi Police seems to be reluctant in filing FIR against the accused persons.