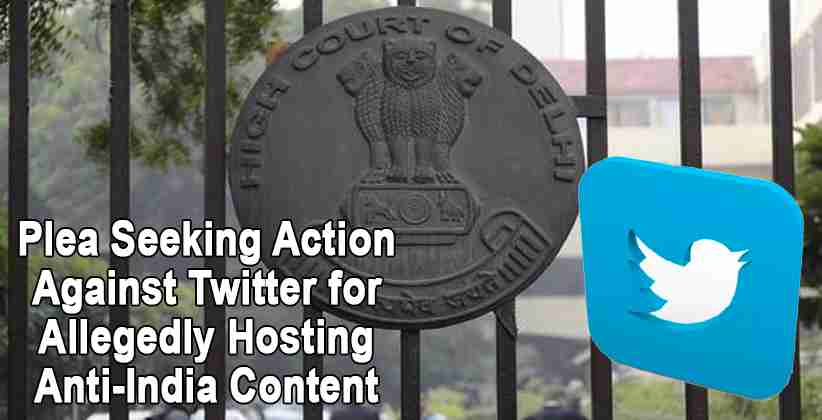 A petition was filed by Sangeeta Sharma in Delhi High Court to take any action against twitter which is deliberately promoting anti-India content which is against the law of land in social media.

The petitioner said that twitter is promoting prohibited content and involving in a secret plan to create division in society and promote Khalistan Movement and thus asked that an inquiry should be conducted by National Investigation Agency to look into this matter.

The court shall also issue a writ of Mandamus to the Ministry of Home Affairs to take any action and file a complaint against twitter under the Unlawful Activities Prevention Act 1967, Indian Penal Code 1860, and Information Technology Act, 2000.

But the Division Bench of Justice Hima Kohli and Justice Subramonium Prasad of Delhi High Court refused to look into the matter and take the petition. They were of the opinion that the plea must be first made before the concerned authorities as the court cannot sit in judicial review under Article 226 of the Constitution before that.

Additional Solicitor General Chetan Sharma in support of the Central government said that anti-India content on social media is already being checked by them.

What You Need to Know About the Babri Masjid Verdict