Press note against Devangana Kalita - a Pinjra Tod member was in response to the allegations of Communalization against the the Delhi Police: Delhi Police to Delhi HC 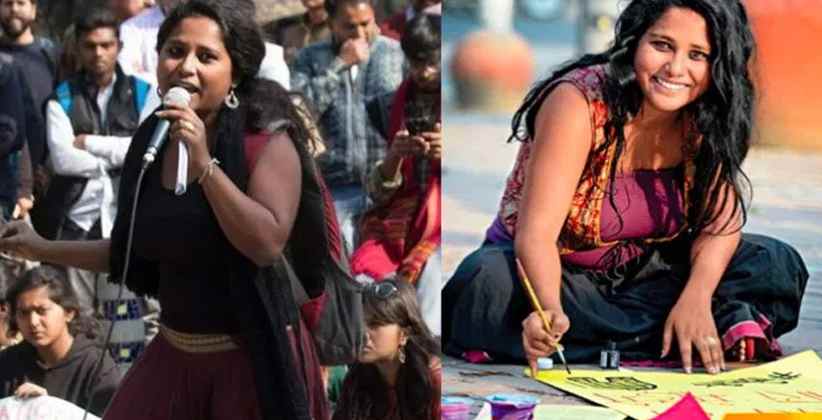 The Delhi Police on July 16 opposed in the Delhi High Court against the allegations that information against Pinjra Tod activist Devangana Kalita, who is facing a probe for her alleged role in the northeast Delhi violence, was selectively leaked.

It was submitted before a bench of Justice Vibhu Bakhru that a press note released by the Deputy Commissioner of Police was based on a charge sheet in which allegations were leveled against Devangana Kalita. It was a proportional response to the allegations made by Pinjra Tod members on their Twitter accounts.

Representing Delhi Police, Additional Solicitor General Aman Lekhi, told the court that press note being cited by Kalita's counsel was issued to correct the perception that police being a statutory body is not part of any machinery and not to attack the Kalita. The press note was intended to restore the public faith in the police.

Kalita's counsel cited some contents on social media wherein it was alleged that police have been used as a tool of the Hindu machinery. The High Court remarked that presumption of innocence should not be destroyed.

The Delhi Police also submitted that the press note was not selectively leaked as it was issued to 480 recipients in a Whatsapp group, which is managed by the police.

The court was hearing Kalita's plea against the cops for allegedly making selective leaks leading to the media trial. In her plea, Kalita said that the leaks to the media can cause severe undesirable effects during the pendency of the case. She has sought to restrain and prevent the Delhi police from further selective leaks related to the case.

Earlier, the Delhi Police had submitted in a status report that it was Kalita who had started a media campaign to gain public sympathy in an attempt to malign the ongoing investigation by peddling a false narrative of political vendetta.

The Delhi High Court had earlier restrained the police from issuing any statements or circulating information regarding evidence allegedly collected against Devangana Kalita, to any person including media.

Additional Solicitor General Aman Lekhi mentioned that the press note was a response to the allegations made by the Pinja Tod members on their twitter accounts. He said that the Pinjra Tod members have accused the Delhi police of ‘massive Hindutva conspiracy’ which undermined the public faith in police resulting in the threatened social order.

Additional Solicitor General Aman Lekhi said, “the nature of the case against Kalita was revealed by the members of the Pinja Tod themselves by giving all the details about the offenses invoked against her.”

The court observed that “social media is an unruly horse.there are absurd comments made which have no connection to reality. You(police) could’ve kept your ammunition dry till the charge sheet is filed. It becomes pivotal for the court to ensure that the matters which are yet to be heard do not become prejudicial.”

The court restated that the accused's statement claiming innocence or challenging her arrest cannot be a ground to release information to the media.

The court said, “this is how protest work. Agencies are given an opportunity to defend their actions in the court.”

The court adjourned the matter for further hearing till July 17.

Shiv Nadar Steps Down as CEO of HCL, Daughter Roshni Nadar Malhotra to take over