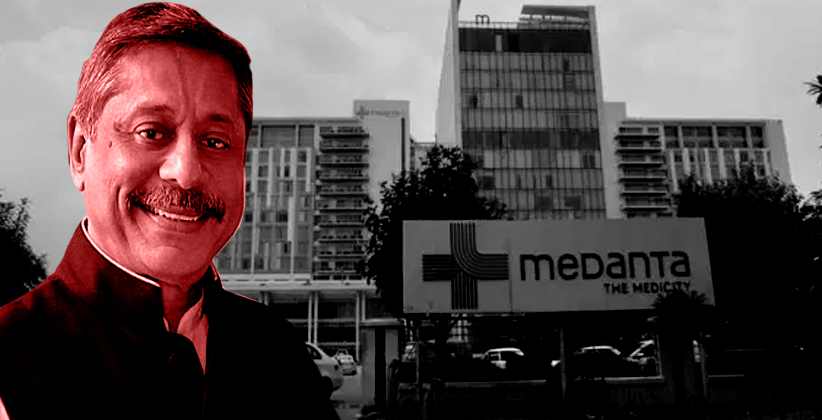 Dr. Naresh Trehan and 15 more, including private firms and government officials, have been booked for alleged corruption and money laundering in connection with the allotment of land for Medanta Hospital. Interestingly he is the co-founder of the same hospital.

Naresh Trehan is a well-known Indian cardiovascular and cardiothoracic surgeon. Presently he is serving as the chairman and managing director and chief cardiac surgeon of Medanta (TM-The Medicity). He has served as a personal surgeon to the President of India since 1991, has received numerous awards, including the Padma Shri, Padma Bhushan, Lal Bahadur Shastri National Award, and Dr. B. C. Roy Award.

Medanta (the Medicity) is a multi-specialty medical institute based in Gurugram in the National Capital Region of India, which started in 2009. The hospital has more than 1600 beds capacity and has expanded its outreach to other cities including Lucknow, Indore, and Ranchi.

The FIR was filed on the directions of the Additional District and Sessions Judge in connection with an alleged irregularity in the 53-acre allotment for 'the Medicity' in Sector 38 of the Gurugram for which locals were forcefully evicted in 2004, police officials said in a press release on June 08, 2020.

In its reaction, Medanta Hospital has termed the allegations as false and motivated.

Medanta spokesperson in a press release has said that,

"This complaint has been filed by a person who claims to be an RTI activist, however, it has been reported in the press that he has had an FIR for extortion registered against him. All the allegations in this complaint are completely false, baseless and motivated"

The case has been lodged at the Sadar police station on June 05, 2020, and the accused have been booked under sections of the Prevention of Money Laundering Act, 2002, The Prevention of Corruption Act, 1988. In addition to that, they have also been booked under Indian Penal Code, 1860, Sections 120B (criminal conspiracy), 406 (criminal breach of trust), 463 (Forgery), 467 (Forgery of valuable security, will, etc.), 468 (Forgery for purpose of cheating) and 471 (Using as genuine a forged document or electronic record).

"The FIR has been lodged but an investigation is yet to begin. The case is to be probed by senior-level officers and the team is yet to be constituted," a police official, privy to the case, told the Press Trust of India (PTI).

The issue had come to the surface based on the complaint by Gurgaon based resident Raman Sharma, who had alleged that land for the 'Medicity Project' was allotted to Naresh Trehan, Sunil Sachdeva (one of the other co-founders of Medanta), Atul Punj and Anant Jain in violation of the law and criminal abuse of the public policy, criminal misconduct and influence by public servants causing pecuniary advantage to private persons, among others.

The complainant had further alleged that the Haryana government had in 2004 evicted locals from their ancestral lands in an area now known as Sector 38, Gurgaon for a public purpose under the provisions of the Land Acquisition Act, 1984.

Thereafter, the state government, through HUDA (Haryana Urban Development Authority, now Haryana Shahari Vikas Pradhikaran), had released an advertisement for the 'Medicity Project', which was envisaged to have super specialty hospitals of international standard, medical colleges and other institutions related to medical care and research to provide state-of-the-art medical facilities at one place along with other ancillary and subservient services in the form of a shopping mall, yatriniwas.

The complainant has also alleged that factors of eligibility and terms and conditions were "nullified" at various stages by accused government officials causing pecuniary advantage to Naresh Trehan, Sunil Sachdeva, Atul Punj, and Anant Jain and this has caused immense loss to the state.