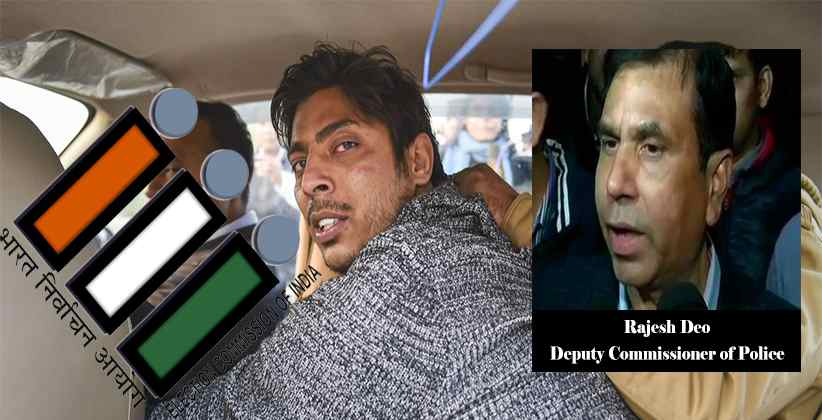 The Election Commission (EC) has written to the Delhi Police Commissioner Amulya Patnaik yesterday (February 5, 2020) over "undesirable public statements" that were made by Rajesh Deo, Deputy Commissioner of Police (DCP) (Crime Branch) on the 4th of February, 2020 and who had identified the Shaheen Bagh shooter as an AAP member. Further, the EC has removed Deo from poll duty.

Deo referring to Aam Aadmi Party (AAP) in connection to the Shaheen Bagh shooter was "totally uncalled for", the EC said on 5th of February, 2020. .

"A warning shall be issued to Rajesh Deo and it shall be ensured that he is not assigned any work related to Delhi elections," the letter stated.

In furtherance, DCP Deo said that in the intital investigations, some photos from the shooter's phone established the fact that he is an AAP member.

Responding to the claim that was made by the Delhi Police Crime Branch, Delhi Chief Minister Arvind Kejriwal on 5th February, 2020 said that this is a “poll stunt” by the BJP. “BJP is using Delhi Police. If Kapil has links with AAP, he must be given stringent punishment. It's their political stunt before polls,” he said.

The family of the shooter has denied any links with the AAP thus countering the narrative.

“Neither me nor any member of my family has anything to do with AAP. I was in BSP till 2012. I left politics in 2012,” Kapil Gujjar’s father said.

‘Is Amit Shah Telling Him to Say These Things?': AAP

AAP leader Sanjay Singh alleged that the BJP has been using dubious tactics to win the Delhi polls and that the police has been acting like the BJP's spokesperson.

"The Model Code of Conduct (MCC) is in place and the DCP (Crime Branch) is saying photos of AAP members have been found and we are investigating how many people are involved... Is Amit Shah telling him to say these things? On whose instructions did he dare to do this?" Singh said at a press conference.

"The investigation has not been completed, photos have not been investigated and a police officer is taking a party's name, at a time when MCC is in place. Tomorrow, we will complain to EC against him," he had added.