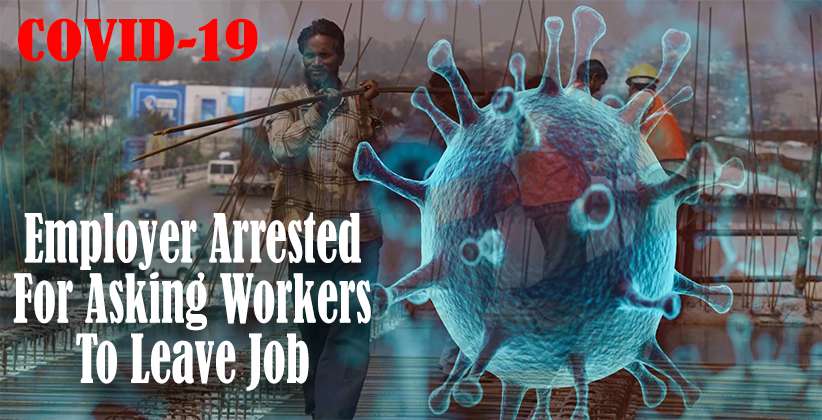 The Chandigarh Police on 30th March, 2020 arrested a Mani Majra based owner of a tavern who reportedly asked his 8 laborer’s to leave their job.

Inspector Jaswinder Kaur has arrested the employer. These eight labourers have been shifted to a shelter home at Malpua. The police also put forth that instructions were already issued for legal action to likely be taken against people who force their workers to leave jobs.

Around 72 migrants had been found roaming. They were assured that essential services such as shelter and food will be provided to them