FACT CHECK: This Viral Video Has Nothing To Do With The Ongoing Protests Against Nupur Sharma 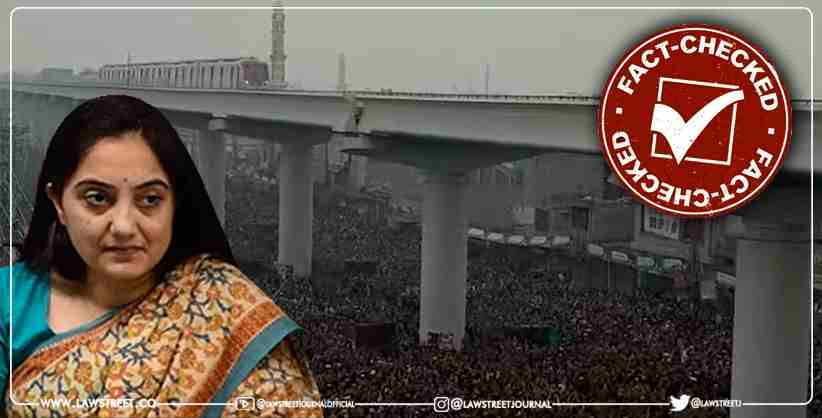 Recently, a video of a big gathering went viral in the wake of Nupur Sharma's controversial statements about the Prophet Muhammad during a primetime television news debate. Those sharing this viral clip claim it was from a protest in Kolkata against former BJP spokesperson Nupur Sharma.

However, these claims have been found to be misleading and have nothing to do with the ongoing row. The video is more than a year old and is from Lahore, Pakistan.

The video is being widely shared with hashtags like #OurProphetOurHonour and captions in Hindi that read,

"For the sake of Prophet Muhammad, people of Saudi Arabia, Iran, Qatar, Kuwait, Libia, Oman, Bahrain, and Afghanistan have come together."

A reverse search of the screenshots from the viral clip shows the same video uploaded on YouTube on January 4, 2021. A channel named “Labbaik News” from Pakistan shared it with the title: "Allama Khadim Hussain Rizvi Chehlum | TLP Chehlum 2021."

This video is from the year 2021 of a prayer service for Pakistani politicians where thousands of people gathered and attended the Chehlum, a remembrance and prayer service on or about the fortieth day after the death of Allama Khadim Hussain Rizvi.