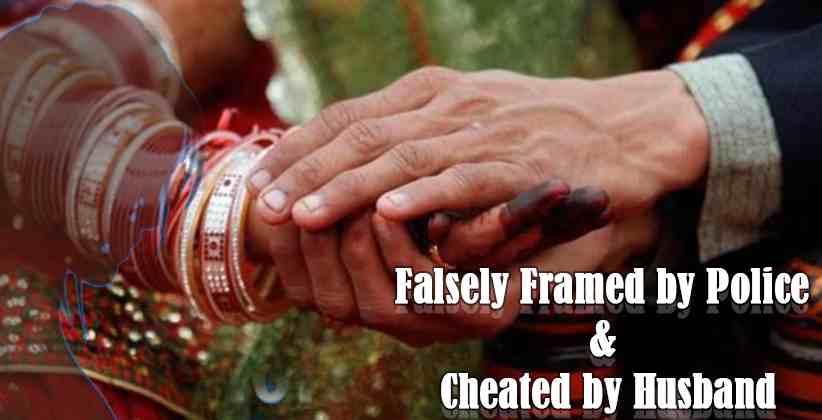 A 28-year-old Mumbai-based woman lawyer is fighting her own case against her husband and in-laws on the grounds of being cheated and ill-treated at their hands and also against the Punjab Police for not helping her.

The lawyer has claimed that she visited her husband’s house in Ajnala in Punjab’s Amritsar after she found out that he was living there. She also added that they had married in April 2018 and were living together in Mumbai, however her husband Faisal, suddenly left her and went missing.

She later found out that he was living with his brother who runs a tailoring shop, in Ajnala. On visiting her husband’s house, she claimed that she was denied entry and even that her husband’s brother’s wife called the police and accused her of trespassing. Rather than listening to the lawyer, the police demanded a bribe of Rs 50,000 from her instead.

The lawyer elaborated her stand by stating that she told the police everything, however they did not listen and demanded a bribe of Rs 50,000 avoid a criminal case in the matter. She further reported that a local journalist had helped her get bail, but she was still kept in custody as she did not have a copy of the bail order.

In a complaint to the director-general of Punjab Police, the lawyer has claimed that the Ajnala Police officials demanded a bribe of Rs 50,000 from her and that she was charged under false cases when she refused to provide the money. It was also revealed that the officials did not allow the lawyer to call her relatives or even a lawyer and that she was kept in detention without food.

The lawyer has now demanded action against the police officers who according to her who were very dangerous and cruel. In a statement issued by Faisal’s sister-in-law, she claimed that the lawyer had entered their premises without permission and had threatened them.

The lawyer while sharing her experience elucidated that, though she is a practicing lawyer, she had become a victim of the corrupt system and that she wanted action against the cops posted at the Ajnala Police Station. Determined to move the Punjab & Haryana High Court, the lawyer further added that even though she had complained to the DGP of Punjab Police, no action had been assured to her.