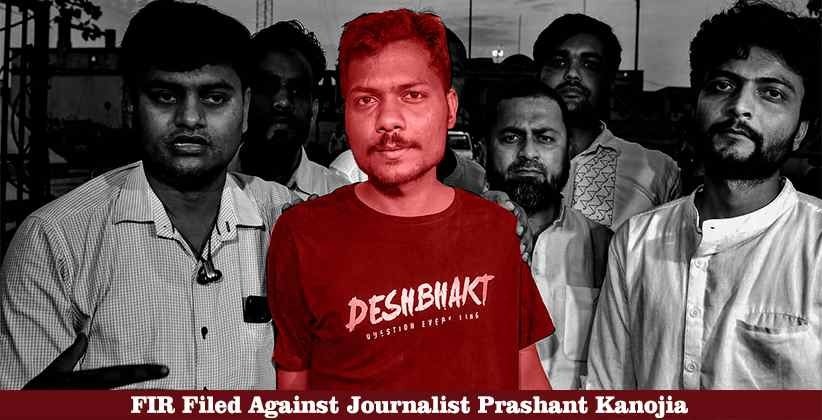 The Lucknow police has filed an FIR against a former staff reporter at The Wire Hindi, Prashant Kanojia for making alleged “objectionable remarks” about Prime Minister Narendra Modi and Chief Minister Yogi Adityanath on social media.

The case is lodged in Ashiana police station following the complaint of a local BJP leader Shashank Shekhar Singh. He said that “I also found some of his tweets containing hate comments which could divide communities, and also disturb law and order of the state,”

This is not the first time that the UP police have charged the Journalist. He was also arrested in June 2019 for his social media post against Yogi Adityanath. But he was released on bail due to the direction of Supreme Court. The SC observed that the arrest was illegal and against the personal liberty. Station house officer Sanjay Rai told the Indian Express that “Prashant is accused of making objectionable comments about the prime minister and chief minister,”

Section 499 talks about Defamation and Section 505(1) talks about spreading rumours which may cause fear or alarm to the public. Sections of the Information Technology Act, 2000 have also been included in the FIR.

In its response, The Wire has issued a statement saying that “the offences invoked are not even remotely made out and that it is aimed at stifling legitimate expression and factual information.”

Advisory Protocol Issued By The Office Of The District & Sessions Judge (HQ), Delhi For Judicial Officers Amid COVID-19 [Read Protocol]