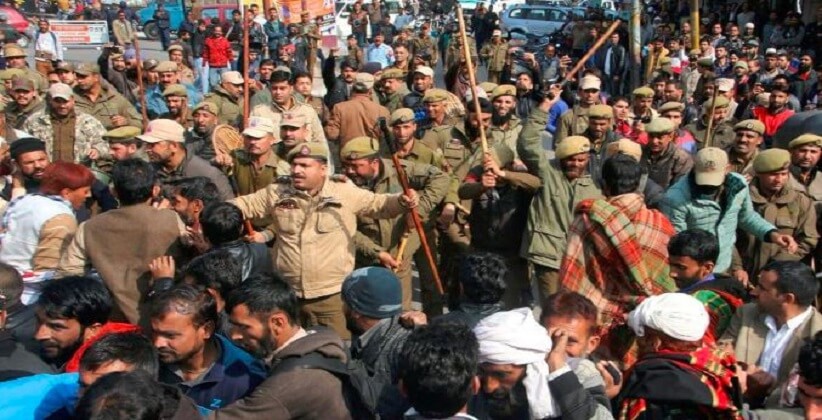 The ruckus created on August 2nd, 2018 at the district court in Ghaziabad has resulted into one FIR being registered against 350 lawyers at Kavi Nagar police station for rioting and attacking cops while protesting against the police action against their fellow lawyer DC Gautam.

Another FIR was registered against DC Gautam and his seven friends for criminally intimidating and assaulting an eatery owner on Wednesday night.

On August 2nd hundreds of lawyers went on a riot at the premises of the district court, attacking cops and media persons. Gautam in his complaint claimed he had gone to an eatery near Tigri cut on Wednesday along with his few friends but an argument had broken out there with the restaurant owner.

Later when the restaurant owner Anil Mishra was interrogated, he narrated a different version of the story. He accused Adv. DC Gautam for beating him and abusing his staff over the delay in serving him chapatti.

On the basis of Mishra’s allegations, Gautam, his two friends Ishank and Subhansh and three unknown persons were booked under sections 323 (voluntarily causing hurt), 504 (intentional insult with intent to provoke breach of the peace) and 506 (criminal intimidation) of the IPC.

Meanwhile, the lawyers of the district court on Friday observed a strike.

2, 25, 910 companies under scanner of MCA for not filing returns