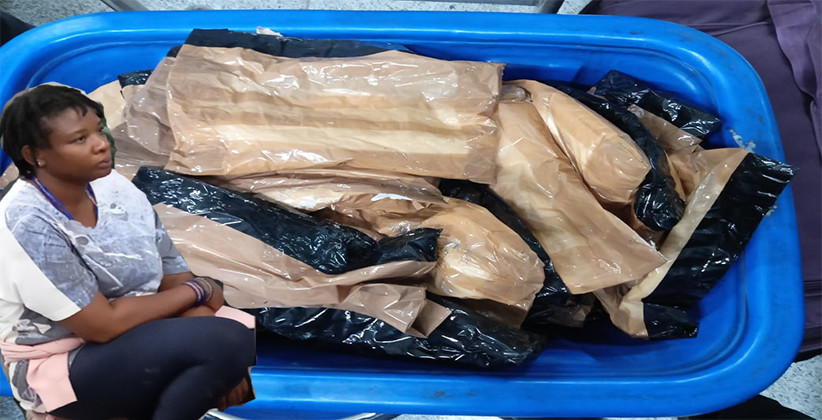 On a profiling basis, CISF surveillance and intelligence staff of IGI Airport selected a foreign lady passenger for thorough checking in the departure area of Terminal-3, IGI Airport.

The lady passenger was taken to the random checking point for thorough checking of her luggage. On scanning of her bags through X-BIS machine, pouches containing suspicious substance were noticed. On physical checking of her 3 bags, numerous ladies purses, each containing 500 grams powdery substance concealed in polythene pouches were detected. The recovered suspected substance was tested with the drug detection kit which confirmed it as Pseudoephedrine drug. The lady was identified as Nastor Farirai Ziso 34 years, Zimbabwean national, bound for Ndola via Addis Ababa by Ethiopian Airways flight number ET 687 (STD 0230 hrs on 13.07.2019). The matter was informed to senior officers of CISF and NCB (Narcotics Control Bureau) Officials.

She with seized narcotics substances was handed over to NCB Officials for further legal action in the matter.