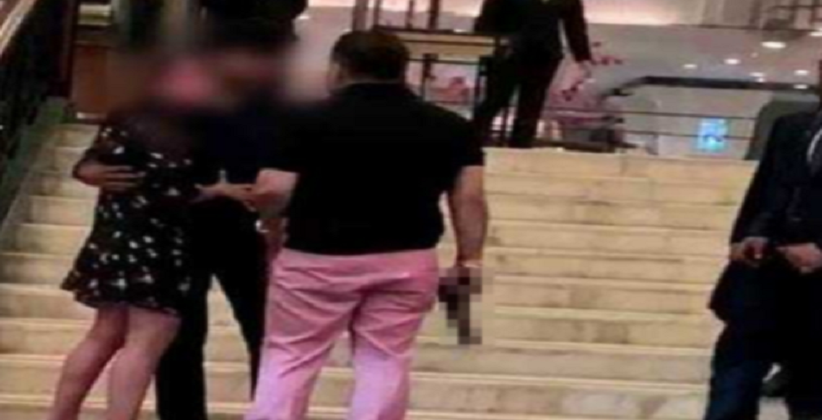 A video has surfaced on various social media platforms showing a former MP's son waving a gun while threatening a woman at a five-star hotel in Delhi.

The man is revealed as Ashish Pandey, the son of Uttar Pradesh politician Rakesh Pandey, a former parliamentarian of Mayawati's BSP (Bahujan Samaj Party). His brother Ritesh is a BSP lawmaker.

In the video, Ashish Pandey has a gun in his hands as he argues with a woman and threatens her, allegedly after she objected to him walking into the women's washroom. Pandey's woman friend and a security guard are seen trying to hold him back and calm him down. The video ends with Pandey being dragged away by the hotel staff as he continues to shout expletives and threats.

Reportedly, the incident took place on October 14, 2018, after a party.

The Delhi police have registered a case under the Arms Act, 1959 and said that Pandey will soon be arrested.

A realtor based in Lucknow, Pandey is known to visit the capital frequently with his friends and spend hours at hotels.

Rakesh Pandey also has a criminal record, the police said.