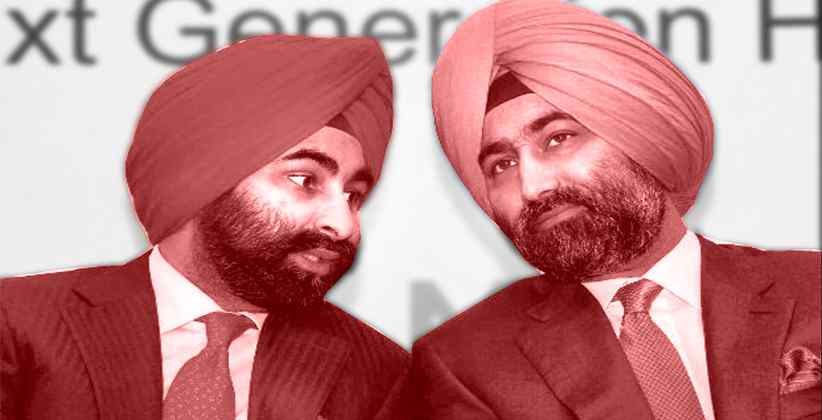 Legal hopes came to an end when former Fortis promoters, Malvinder and Shivinder Singh got their appeals dismissed by the Singapore Court of Appeals which challenged a 2016 arbitral award of Rs 3,500 crore against them, in favor of the Japanese drugmaker Daiichi.

The Singapore Court of Appeals is the highest court in the country and no further challenge to the order is possible making it the last resort of appeals.

34.82% stake which was held by the Singh brothers was bought by Daiichi. However, USFDA initiated their investigations which were unknown to Daiichi, based on a whistle-blower complaint, against the company Ranbaxy for falsification of data to expedite drug approvals indicating a mala fide intention of the firm. The investigations which were conducted, culminated in a whopping settlement of $500 million, in 2011 after the Daiichi takeover.

In the year 2012, Daiichi initiated the execution of arbitration proceedings against the Singh brothers with an allegation of misrepresentation and concealment or hiding of facts about the ongoing USFDA investigation. In April 2016, the Arbitration Tribunal in Singapore had awarded damages of 3,500 Crores in favor of Daiichi which was payable by Singh brothers.

Singh brothers, who have been facing Execution proceedings in India for the payment of Rs 3,500 Crore arbitral award, had tried to stall the same by citing pending challenges in Singapore’s higher courts to stall payment.

Managing Partner of P&A Law Offices, Anand Pathak, who is also the representative of Daiichi Sankyo, had given a statement saying, “This judgment has brought finality to the appeal proceedings in this case. We can now proceed forward with focused enforcement of the Arbitral Award and to recover for our client, Daiichi Sankyo. This is also the first time the Supreme Court in Singapore has admitted Indian lawyers to argue a matter, and this victory is a great achievement for Daiichi Sankyo, the Indian Bar, and for all the lawyers who worked for Daiichi Sankyo in this case.”

Singh brothers are currently present in Tihar Jail in New Delhi, on the account of a complaint filed by Religare Finvest along with the Economic Offences Wing of Delhi Police, on the outcome for causing wrongful losses of Rs 2,397 Crore.

The Supreme Court of India also held the Singh brothers guilty of Contempt of Court after violating Supreme Court orders by diluting their stake unlawfully in Fortis Healthcare. The Supreme Court had previously allowed them to redeem themselves and purge the contempt by repaying or coughing up the amount payable to Daiichi.

Furthermore, the Singh BRothers are also facing execution proceedings in Delhi High Court, with the order which was approved in October 2019 clearly directing them to pay the Rs 3,500 Crores, as per the said arbitral award.

Two former top executives of the company, Kavi Arora and Anil Saxena were also arrested by the authorities for their alleged involvement in the said case. The police action against the Singh brothers remarks an overwhelming fall for one of the most elite known business families in Delhi and the country.