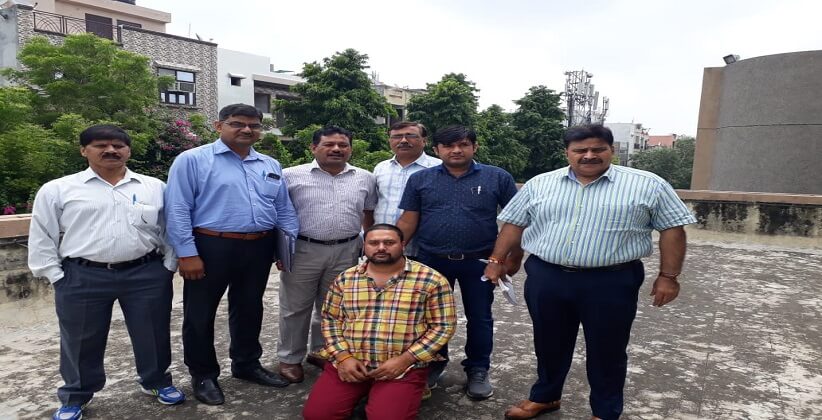 A fugitive cheat, namely Amit Verma involved in cheating and siphoning off around Rs. 50 Crores from nationalized banks in Delhi/NCR region has been arrested by the Crime Branch of Delhi police. The accused has been declared as a proclaimed offender and was wanted in eight cases filed by CBI and two cases filed by Delhi police’s economic offence wing (EOW). Moreover, Non-Bailable Warrants had been issued against him in six other cases.

He along with his associates Nitin Arora, Sandeep Khera, Ishima Arora and Vinod Arora used to prepare forged documents of flats/plots which were already mortgaged with different banks. The accused in connivance with his associates took loan from Bank of Maharashtra, Sec-27, Noida (UP) and other banks.

Later when the gang members didn’t pay the loan instalments, and bank officials visited the site in question and discovered that other banks too have pasted their notices mentioning loan and property being mortgaged with their bank. Some of the banks approached CBI and some of them approached EOW. By the time they came to know about the fraud by the gang members, approximately Rs. 44 Crores were taken as loan by them, by mortgaging the same property.

The other gang member Nitin Arora is already inside the jail with his wife Ishita Arora since last two years. The leader of the gang Nitin Arora was nabbed by the Crime Branch in the year 2015, in two cases of attempt to murder in Delhi and UP of Sanjay Mehta and Sandeep Kheda respectively through contract killers.

In the year 2012, Amit Verma along with Nitin Arora and others formed a loan syndicate to cheat banks. The accused was declared a proclaimed offender by the Hon’ble Courts in the following Cases: -

As per police, one luxury car Elantra, five mobile phones with different SIM cards and five new SIM cards have been recovered from his possession.